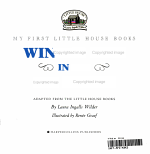 A little pioneer girl and her family spend the winter in their log cabin in the Big Woods of Wisconsin.

A young pioneer girl and her family spend the winter in their log cabin in the Big Woods of Wisconsin. 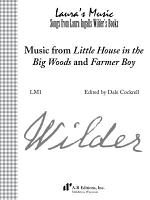 By cutting and grinding the wheat for flour, Jack starts from scratch to help make his breakfast pancake.

The first book in Laura Ingalls Wilder’s treasured Little House series—now available as an ebook! This digital version features Garth Williams’s classic illustrations, which appear in vibrant full color on a full-color device and in rich black-and-white on all other devices. This beloved story of a pioneer girl and her family begins in 1871 in a log cabin on the edge of the Big Woods of Wisconsin. Four-year-old Laura lives in the little house with her Pa, her Ma, her sisters Mary and Carrie, and their dog, Jack. Pioneer life is sometimes hard for the family, but it is also exciting as they celebrate Christmas with homemade toys and treats, do the spring planting, bring in the harvest, and make their first trip into town. And every night Laura and her family are safe and warm in their little house, with the happy sound of Pa’s fiddle to send them off to sleep. The nine Little House books are inspired by Laura’s own childhood and have been cherished by generations of readers as both a unique glimpse into America’s frontier history and as heartwarming, unforgettable stories. Correlates to the Common Core State Standards in English Language Arts

Provides annotated entries for historical fiction titles, biographies, and multimedia items produced since 1990 which received at least one favorable review 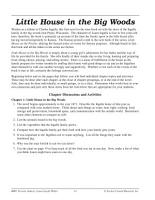 Engaging discussion questions and activities help students appreciate the enduring novels of Laura Ingalls Wilder. Cross-curricular before-, during-, and after-reading activities provide a comprehensive study of Little House in the Big Woods.

This hardcover, full-color treasury includes six picture book stories adapted from the classic Little House books. The Little House series introduced generations of readers to Laura Ingalls Wilder’s life on the frontier. Now with this illustrated storybook collection, the youngest readers can share in her world as well. Laura Ingalls lives in a snug little log cabin with her ma, her pa, her sisters, Mary and Carrie, and their dog, Jack. Almanzo Wilder lives on a farm with his family and lots of animals. These pioneer children have all sorts of adventures, including trips to town, county fairs, cozy winter days, and holidays with family. The six stories included in this treasury were originally published as stand-alone picture books: A Little Prairie House, Going to Town, County Fair, Sugar Snow, Winter Days in the Big Woods, and Christmas in the Big Woods. 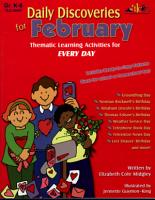 Yet another creative book in the popular Daily Discoveries series! Special days for your students to celebrate in the classroom include: Robinson Crusoe Day, Singing Telegram Day, Magazine Day, Telephone Book Day, Levi Strauss' Birthday, Pizza Pizzazz Day and many more in addition to the familiar ones such as Groundhog Day, Lincoln's Birthday and Valentine’s Day. The creative activities can be plugged into your regular curriculum: language arts, social studies, writing, math, science and health, music and drama, physical fitness, art, etc. Your class will look forward to every day of the month when you give them a day to celebrate! Also included are reproducible patterns for writing assignments and art projects as well as lists of correlated books and bulletin board ideas. 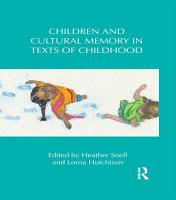 The essays in this collection address the relationship between children and cultural memory in texts both for and about young people. The collection overall is concerned with how cultural memory is shaped, contested, forgotten, recovered, and (re)circulated, sometimes in opposition to dominant national narratives, and often for the benefit of young readers who are assumed not to possess any prior cultural memory. From the innovative development of school libraries in the 1920s to the role of utopianism in fixing cultural memory for teen readers, it provides a critical look into children and ideologies of childhood as they are represented in a broad spectrum of texts, including film, poetry, literature, and architecture from Canada, the United States, Japan, Germany, Britain, India, and Spain. These cultural forms collaborate to shape ideas and values, in turn contributing to dominant discourses about national and global citizenship. The essays included in the collection imply that childhood is an oft-imagined idealist construction based in large part on participation, identity, and perception; childhood is invisible and tangible, exciting and intriguing, and at times elusive even as cultural and literary artifacts recreate it. Children and Cultural Memory in Texts of Childhood is a valuable resource for scholars of children’s literature and culture, readers interested in childhood and ideology, and those working in the fields of diaspora and postcolonial studies.