In 1931, just four years after Lindbergh flew the Atlantic, Johnny Polando and Russell Boardman left from Floyd Bennett airfield and flew their single engine Bellanca nonstop to Istanbul, Turkey. After 5011 miles in the air, the duo landed with only 15 minutes' fuel remaining in their tanks, but they set the record for long-distance nonstop flight. In recognition of their contribution to aviation, Boardman-Polando field in Hyannis, Massachusetts, was named in their honor on the 50th anniversary of their flight. Two years after this amazing journey, Boardman was killed in a crash, but Polando flew for the rest of his life, mainly in New England. The book recounts his 1934 participation in the 11,123-mile MacRobertson race from England to Australia, in which he and his copilot got only as far as Calcutta after landing in the Persian desert where Polando was briefly held captive by Arabs. And it tells of his experiences as a World War II pilot. Polando's wife, Dorothy, assembled the material for this book and reviewed it with him before his death in 1985.

#1 bestselling author Ken Follett tells the inspiring true story of the Middle East hostage crisis that began in 1978, and of the unconventional means one American used to save his countrymen. . . . When two of his employees were held hostage in a heavily guarded prison fortress in Iran, one man took matters into his own hands: businessman H. Ross Perot. His team consisted of a group of volunteers from the executive ranks of his corporation, handpicked and trained by a retired Green Beret officer. To free the imprisoned Americans, they would face incalculable odds on a mission that only true heroes would have dared. . . . Look out for Ken's newest book, A Column of Fire, available now. 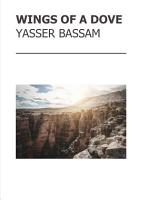 Everyone has a story to tell. Some choose to say to it while some take their stories to their graves. Storytelling has been a masterpiece art, and art is always meant to be shared and inspire. We live in a world where everyone’s story is inspiring and driving. From motivation to lessons, each story provides you a set of memorabilia that will either haunt you for life or keep you enacted. In such distressing times, I often feel that people need a story that can inspire and motivate them. I want them to think about their own stories, their own lives, and what if their story was written the wrong way? What if every action they take seems to be a result of their unusual childhood even though they are miles away from home? This book is about a young Emirates student in Cyprus. Life took him from the deserts of UAE to North Cyprus’ terrain and landscapes. A cultural shift, a mundane life turning into a chaotic cycle of events, and the passion for finding himself in this journey are what this book is all about. Learn about me and my journey from childhood to adulthood in the UAE and how it took a significant leap to North Cyprus. The chaos, the passage of adaptation, and learning the stresses and frustration and ultimately settling it to the new normal of my life has been the core of this book. Each chapter is a part of my life genuinely engraved in my heart, soul, and personality. There is a little something to take from each chapter for people who are struggling in life and looking for some positivity and meaning. 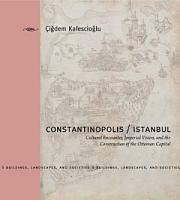 "Studies the reconstruction of Byzantine Constantinople as the capital city of the Ottoman empire following its capture in 1453, delineating the complex interplay of socio-political, architectural, visual, and literary processes that underlay the city's transformation"--Provided by publisher.

Based on the author’s long experience in academic life and the public realm, especially in foreign policy, this book argues that a single categoric classification of cities is inadequate, and that cities have had different and varied impacts and positions throughout the history of civilization. The author examines how the formation, transformation, destruction or reestablishment of many civilizational cities reveals a clearer picture of the cornerstones of the course of human history. These cities, which play a decisive and pivotal role in the direction of the flow of history as well as providing us with a compass to guide our efforts to understand and interpret this flow, are conceptualized by the author as civilizations’ "pivot cities". This innovative book explores the role of great cities in political historical change, presenting an alternative view of these pivot cities from a culturalist perspective. Within this framework, the role played by pivot cities in the history of civilization may be considered under seven distinct headings: pioneering cities which founded civilizations; cities which were founded by civilizations; cities which were transplanted during the formation of civilizations; "ghost cities" which lost their importance through shifts in political power and civilizational transformation; "lost cities" which were destroyed by civilizations; cities on lines of geocultural/geoeconomic interaction; and cities which combine, transform or are transformed by different civilizations. The author’s concept of pivot cities explores the interplay between vital cities and civilizations, which bears on the future of globalization at a time of instability, as projected continuing de-Westernization becomes a theme in studies of global history. This book provides highly productive discussions relevant to the literature on city-civilization relationships and the historicity of pivot cities. Its clear language, rich content, deep and original perspective, interdisciplinary approach and rich bibliography will ensure that it appeals to students and scholars in a variety of disciplines, including cultural studies, political science, comparative urban studies, anthropology, history and civilizational studies. 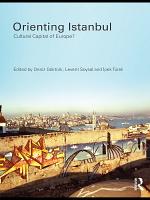 Looking at the globalization, urban regeneration, arts events and cultural spectacles, this book considers a city not until now included in the global city debate. Divided into five parts, each preceded by an editorial introduction, this book is an interdisciplinary study of an iconic city, a city facing conflicting social, political and cultural pressures in its search for a place in Europe and on the world stage in the twenty-first century.

This research is focused on three Istanbulite composers, Leyla Hanımefendi, Nazife Aral-Güran, and Yüksel Koptagel, who lived and produced in consecutive and overlapping periods, from the Tanzimat Era of the Ottoman Empire to the Turkish Republic of the 1980s. It explores the composers' productive and creative conditions through the socio-political environments of their times, their familial and educational backgrounds, and the social spaces in which they lived and worked. The institutionalisation of Western music and the education thereof occupy a significant place in understanding the composers' relationships with Western music, the bonds they established with polyphonic music, and the development of their musical personalities as a consequence of their education, resultant from the opportunities provided by such developments. This study conjointly examines herstory and music historiography by employing alternative materials and creating its own narrative.

This is an English translation of a critical portrait of the Ottoman capital of Istanbul during the days of the Sultan Abd al-Hamid.

A Jewish girl finds refuge with a village outcast during WWII in this “elegantly crafted, beautifully written novel about love, survival and hope” (William Ryan). In a small Eastern European village, fifteen-year-old Yael is on the run from Nazi invaders. The so-called village idiot, Aleksei is a solitary mute who does not want for company. But as the brutal winter advances, he reluctantly takes Yael in. As she begins to win his trust, a delicate relationship develops between them. But beyond Aleksei’s remote homestead, the war rages on, and Yael cannot hide forever. A Jewish partisan group is organizing in the woods to mount a counterattack. Torn between her love and her need to fight, Yael must find her voice as the voices around her are being extinguished.

The Wright Brothers were wimps. Or so you might think after reading this account of their unsung but even more daring rivals—the men and women who strapped wings to their backs and took to the sky. If only for a few seconds. People have been dying to fly, quite literally, since the dawn of history. They’ve made wings of feather and bone, leather and wood, canvas and taffeta, and thrown themselves off the highest places they could find. Theirs is the world’s first and still most dangerous extreme sport, and its full history has never been told. Birdmen, Batmen, and Skyflyers is a thrilling, hilarious, and often touching chronicle of these obsessive inventors and eccentric daredevils. It traces the story of winged flight from its doomed early pioneers to their glorious high-tech descendants, who’ve at last conquered gravity (sometimes, anyway). Michael Abrams gives us a brilliant bird’s-eye view of what it’s like to fly with wings. And then, inevitably, to fall. In the Immortal Words of Great Birdmen... “Someday I think that everyone will have wings and be able to soar from the housetops. But there must be a lot more experimenting before that can happen.” —Clem Sohn, the world’s first batman, who plummeted to his death at the Paris Air Show in 1937 “The trouble was that he went only halfway up the radio tower. If he had gone clear to the top it would have been different.” —Amadeo Catao Lopes in 1946, explaining the broken legs of the man who tried his wings “One day, a jump will be the last. The jump of death. But that idea does not hold me back.” —Rudolf Richard Boehlen, who died of jump-related injuries in 1953 “It turned out that almost everyone from the thirties and forties had died. That just made me want to do it more.” —Garth Taggart, stunt jumper for The Gypsy Moths, filmed in 1968 “You have to be the first one. The second one is the first loser.” —Felix Baumgartner, who in 2003 became the first birdman to cross the English Channel

The world’s bestselling travel book is back in a more informative, more experiential, more budget-friendly full-color edition. A #1 New York Times bestseller, 1,000 Places reinvented the idea of travel book as both wish list and practical guide. As Newsweek wrote, it “tells you what’s beautiful, what’s fun, and what’s just unforgettable— everywhere on earth.” And now the best is better. There are 600 full-color photographs. Over 200 entirely new entries, including visits to 28 countries like Lebanon, Croatia, Estonia, and Nicaragua, that were not in the original edition. There is an emphasis on experiences: an entry covers not just Positano or Ravello, but the full 30-mile stretch along the Amalfi Coast. Every entry from the original edition has been readdressed, rewritten, and made fuller, with more suggestions for places to stay, restaurants to visit, festivals to check out. And throughout, the book is more budget-conscious, starred restaurants and historic hotels such as the Ritz,but also moderately priced gems that don’t compromise on atmosphere or charm. The world is calling. Time to answer.

There is a long-held feeling in Russia that Moscow is the true heir to the Christian Byzantine Empire. In 1894, Imperial Russia opened one of the world's leading centres for Byzantine archaeology in Istanbul, the Russian Archaeological Institute – its purpose was to stake the claim that Russia was the correct heir to 'Tsargrad' (as Istanbul was referred to in Russian circles). This then is the history of that institute, and the history of Russia's efforts to reclaim its Middle East – events since in the Crimea, Syria and Georgia are all, to some extent, wrapped up in this historical framework. Ure looks at the founding of the Russian Archaeological Institute, its aims, and its place in the 'digging-race' which characterised the late Imperial phase of modern history. Above all, she shows how the practise of history has been used as a political tool, a form of "soft power".