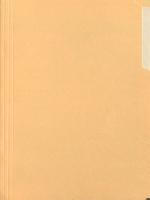 U.S. policy in the Persian Gulf reflects longstanding American strategic, political, and economic interests in the area. Our policy has been consistent and is calculated to defend and advance critical U.S. interests, as well as those of our allies and friends in the region. There has long been a mutuality and overlap of such interests, and this fact has enabled the United States, our western allies, and friendly Gulf states to pursue parallel policy lines. Protecting eleven Kuwaiti ships under U.S. flag is not part of an open-ended unilateral American commitment to defend all non-belligerent shipping in the Persian Gulf. It is a limited but effective signal of our determination to stand up to intimidation, to support our friends, and to help contain, and eventually end, the Iran-Iraq war.

In 1980, President Jimmy Carter announced that any attempt by any outside force to gain control of the Persian Gulf region will be regarded as an assault on the vital interests of the United States of America. A decade later the United States was at war after one Gulf state was invaded and another was placed at risk. It is clear that we still count Gulf security and stability as vital interests. As we now consider possible future security arrangements for the Gulf region, it is worth looking at the potential usefulness of regional organizations. Of greatest interest in this respect is the Gulf Cooperation Council (GCC), composed of Saudi Arabia, Kuwait, Bahrain, Qatar, the United Arab Emirates, and Oman. What kind of security role can the GCC play? Are there means by which the United States can strengthen the GCC's ability to be a collective defense organization? This paper attempts to answer these questions.

This is a comprehensive examination of the strategic affairs of the Persian Gulf since the Gulf War of 1991. The authors conclude that the arms race in the Persian Gulf should be controlled, but maintain it is likely to continue because of the clashing strategic perspectives of Saudi Arabia and Iran, and because of the sustained willingness of all major suppliers to find new revenue sources for their declining defense industries in the post-Cold War decade. They also argue that the U.S. should not adopt a policy of isolating or ignoring Iran in its endeavors to find security arrangements in the Persian Gulf, and that a weakened Iraq has become a major source of instability in the Persian Gulf.

In the wake of the U.S. military departure from Iraq and in the midst of Iran's continued defiance of the international community over its nuclear program, is a new security arrangement for the Gulf in order? If so, is the Gulf Cooperation Council (GCC) capable of such a task, or should other institutions be considered? In this memo, Kenneth Pollack examines the possibility of developing a new security architecture for the region. Pollack analyzes security arrangements in other parts of the world and focuses on two options: expanding the GCC and turning it into a formal military alliance and creating an arrangement modeled on the Commission on Security and Cooperation in Europe. In weighing each option, Pollack finds that the latter can better furnish a path toward peace and security.

Our national security system turns our overall capabilities into active assets, protects us against the threats of an anarchic international system and makes it possible to exploit its opportunities. Today, however, the system is arguably in dire need of reform. Much remains in the dark about how the organizations that safeguard our national security are reformed because international circumstances change. The author examines a crucial historical case of military reform: the establishment of the Rapid Deployment Joint Task Force (RDJTF)--the direct predecessor of Central Command. He discusses how the U.S. military adapted to the emerging security challenges in the Persian Gulf in the late 1970s by recasting military command arrangements. The RDJTF was one of the components of President Carter's Persian Gulf Security Framework, which marked a critical strategic reorientation towards the region as a vital battleground in the global competition with the Soviet Union. The author also suggests how national security reforms can be understood more generally. In this way, he lays out some of today's challenges that we must face in effectively restructuring our security and defense establishment. Especially in these times of fiscal restraint, a better grasp of institutional reform is very much needed. Based upon original interviews with key civilians and military officers as well as extensive archival research, including the analysis of material only recently declassified, this monograph is the most complete account of the establishment of the RDJTF thus far 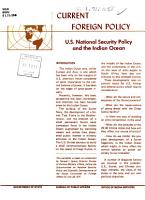 The stability of the Persian Gulf is of great importance to the economies of the entire world--as amply demonstrated by recent events. This collection of essays surveys the state of the Persian Gulf in the wake of the 1980-88 Iran-Iraq War. By evaluating the geopolitical landscape of the Gulf, the book places into a clearer perspective the political, security, and diplomatic dimensions of the war. It also serves as a guide for reassessing those factors that affected the conflict's outcome and that will continue to influence developments in the region. 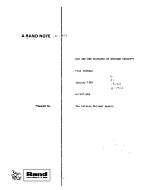 This document was prepared in 1981 as the result of a review of the changing strategic context for national security policy and posture as it affects the cooperative arrangements between the U.S. and our principal allies. Western cohesion and the effectiveness of Western policies have been affected by the broad as well as the specific choices made as a result of the interplay of technology, budgets and bureaucratic or economic interests. The future cooperation to secure the freedom and independence of the countries of Western Europe and Japan is now in serious question. Problems have developed as a consequence of the shift in the actual and perceived balance of military power between the Soviet Union and The United States. Two of these problems which raise fundamental questions about the continued usefulness of a Western country's alliance with the U.S. in dealing with the threat posed by the Soviet Union are discussed. The first problem is diminished confidence by Western countries in the guarantee that the United States would respond with its full range of forces, including nuclear weapons if necessary, to Soviet attack on Western Europe or Japan. The second is the growth of the threat to vital Western interests in continued access to oil supplies from the Persian Gulf region, a threat beyond the scope of formal Western security treaties. 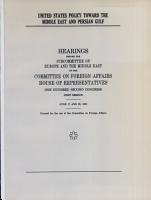 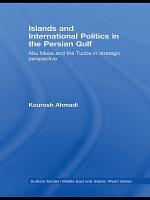 The position of the Persian Gulf as the main highway between East and West has long given this region special significance both within the Middle East and in global affairs more generally. This book examines the history of international relations in the Gulf since the 1820s as great powers such as Britain and the US, and regional powers such as Iran and Iraq, vied for supremacy over this geopolitically vital region. It focuses on the struggle for control over the islands of the Gulf, in particular the three islands of Abu Musa, Greater Tunb and Lesser Tunb – an issue that remains highly contentious today. It describes how for 170 years Britain eroded Iranian influence in the Gulf, both directly by asserting colonial rule over Iranian islands and port districts, and also through claiming Iranian islands for their protégés on the Arab littoral. It shows how, after Britain's withdrawal, these islands became a pawn in the animosity and conflict that pitted, at one time, Arab radicals and nationalists against monarchical Iran, and, later, the conservative-moderate Arab camp against Islamic Iran. It goes on to explore the impact of the rise of American power in the Gulf since the start of the 1990s, its policy of containment of Iran and Iraq, and how this has provided encouragement to the ambitions of the Persian Gulf Arab littoral states, especially the UAE, towards the islands of the Gulf.