Table of Contents View the Bibliography online Useful links to related sites 9 November 1989. The fall of the Berlin Wall A symbol of the Cold War, its collapse heralded a new era in European history and launched a journey full of immeasurable challenges for the people of east and west Germany. In the ten years that have followed, much has changed in Germany, from the rise of Helmut Kohl as Europe''s leading statesman to the return of the government to Berlin, the city that symbolises the nation''s greatest triumphs and defeats. The Germans first met with scepticism and mistrust abroad as they hurtled towards reunification, then concern as they struggled to adjust to their new state. But they came through the difficult decade as a stable democracy and reliable ally, one that shed the shackles of the post-war period without breaking its bonds to the European Union, NATO and its Western partners. Unchained Eagle is the story of Germany, from events leading up to the unification of east and west to the government''s move to Berlin and Kohl''s disgrace over his illegal slush funds. It looks at the challenges that have faced the nation - defining its military role, integrating eastern Germany, fighting neo-Nazis and establishing a German stamp on the European Union - and assesses how it has met them. It reflects on the concerns and controversies over economic reform, European monetary union, remembering the Holocaust and shaping the new Germany. More importantly, it is the story of a country and its people, the events that have moulded a new European power and the faces that have rewritten history. All this is portrayed with insight and understanding by Tom Heneghan, a long-time observer of German politics. He was in Berlin as the Wall fell and spent the next decade reporting at first hand on the changes that event brought about and the way the Germans - from Helmut Kohl to average citizens - responded to them. Unchained Eagle is an authoritative account of the unification of two countries, the challenges they faced and the new and more confident Germany that emerged from the upheaval. About the Author Tom Heneghan took up his posting as Reuters Chief Correspondent for Germany in the spring of 1989 and was on the spot when the Berlin Wall fell that autumn. Over the next eight years, he travelled around the country covering the events and issues that make this book including following Helmut Kohl on foreign trips as far afield as Moscow, Tokyo and Denver. At the end of the NATO bombing campaign in 1999, he entered Kosovo with the Bundeswehr to report on the first German combat troops deployed abroad since World War Two. Reviews "A fine book rich in information and solid judgement. Tom Heneghan''s description and analysis reflect the reality of post-reunification Germany. The ''Berlin Republic'' is a normal state, with its strengths and its scandals. This book challenges non-German readers to put aside their suspicions and see the country as it is."- Alfred Grosser, French political science professor and author of Germany in Our Time and Deutschland in Europa "Tom Heneghan is a consummate professional, a reporter''s reporter. He writes lucidly and with forensic accuracy, lighting a path through the minefield of contradictions and prejudices that greeted the Germans'' bid to re-unite as a nation and its stormy aftermath... Unchained Eagle is both an accomplished piece of detective work, and a gripping account of the greatest story of our time." - William Horsely, BBC European Affairs Correspondent "Tom Heneghan has succeeded in giving a fair and thorough analysis of an epochal change that has led to a new perception of Germany''s role in the decade since the fall of the Berlin Wall. His first-hand account and brilliant interpretation of events up to Helmut Kohl''s fall from grace contribute to a better understanding of what makes Germany tick today." - Christian M�ller, Neue Z�rcher Zeitung correspondent and author of Helmut Kohl, A Man of His Times and Colonel Stauffenberg - a biography "In the clear, direct style of the foreign journalist and observer, Heneghan demonstrates a differentiated, perceptive view of divided, united and disunited Germany as well as compassion for the emergence of the new Germany - from its ''brooding past'' to its becoming ''a normal country''. - Angelika Volle, Executive Editor, Internationale Politik "Tom Heneghan brings an open mind to the complex and often enigmatic country called Germany... For English-speaking readers, there is no better guide to the politics of Germany in the 1990s." - Joachim Fritz-Vannahme, Europe Correspondent, Die Zeit "Heneghan''s book provides important insights into the origins of the euro and the reasons for its existence. The same applies to the secret accounts scandals which have badly damaged Kohl''s image and prompted embarrassing questions around Europe."- Pilar Bonet, Berlin Correspondent, El Pais "Tom Heneghan has a journalist''s eye for detail and the voice for telling a story. This history book by someone who lived the history is a pleasure to read." - Marjorie Miller, London Bureau Chief, Los Angeles Times "...a highly informative and very readable chapter in the history of contemporary Europe. [Heneghan] is uniquely qualified for the task, bringing to his subject just the right balance between familiarity and distance, sympathy and critical judgement." - Michael Mertes, Deputy Editor-in-chief, Rheinischer Merkur

America's government is out of control, and the middle class is fast slipping into poverty, leaving only those dependent on government handouts and those bled dry to pay for social programs. Businessman Thyeodore Winston Hale is the only man with the courage to stand against the establishment. 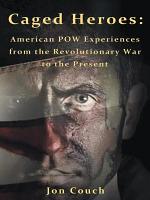 Caged Heroes - American POW Experiences from the American Revolution to the Present is snapshot of four hundred years of hostage and prisoner of war experiences. Caged Heroes details prisoners’ experiences from the moment they are told to put their hands up, through their detentions, and culminating in their releases. It examines the successes and failures of the United States government to prepare its forces for prisoner events; discussing survival schools, rules on how prisoners are told to act while in captivity and glimpses of how being taken prisoner effects the prisoners and guards alike. Using numerous personal interviews and diaries of former prisoners (and their spouses), the reader gets a rare look at the horrors these men and women experienced. Containing an extensive bibliography and complete POW rosters from several conflicts, this book will add to any casual reader’s knowledge and serve as a top reference for those wanting to understand more about this misunderstood field.

Reproduction of the original: The Strife of the Roses by W.H. Hamilton Rogers

For one hundred and forty two years The Statesman's Yearbook has been relied upon to provide accurate and comprehensive information on the current, political, economic and social status of every country in the world. The 2006 edition is fully updated and contains more information than ever before. A foldout colour section provides a political world map and flags for the one hundred and ninety two countries of the world. In an endlessly changing world the annual publication of The Statesman's Yearbook gives you all of the information you need in one easily digestible single volume. It will save hours of research and cross-referencing between different sources, and it is an essential annual purchase.

For Southeast Asia, the Vietnam War altered forever the history, topography, people, economy, and politics of the Democratic Republic of Vietnam (DRV), the Republic of Vietnam (RVN), Cambodia, and Laos. That the war was controversial is an understatement as is the notion that the war can be understood from any one perspective. One way of understanding the Vietnam War is by marking its time with turning points, both major and minor, that involved events or decisions that helped to influence its course in the years to follow. By examining a few of these turning points, an organizational framework takes shape that makes understanding the war more possible. Historical Dictionary of the War in Vietnam emphasizes the international nature of the war, as well as provide a greater understanding of the long scope of the conflict. The major events associated with the war will serve as the foundation of the book while additional entries will explore the military, diplomatic, political, social, and cultural events that made the war unique. While military subjects will be fully explored, there will be greater attention to other aspects of the war. All of this is done through a chronology, an introductory essay, an extensive bibliography, and over 600 cross-referenced dictionary entries. This book is an excellent access point for students, researchers, and anyone wanting to know more about the Vietnam War. 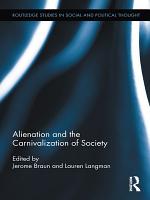 This book examines alienation from both a sociological and psychoanalytic perspective, revisiting classic treatments of the topic (Marx, Simmel, Weber) and exploring its relevance to understanding post-modern consumer society. It examines the escapist potentials for good and for ill in modern society - those fostered by commercial interests, and those maintained by individuals and groups as their form of resisting alienation.

For almost three decades, the Cold War was focused on Berlin, where the two (nuclear-armed) sides were kept apart by a twelve-foot wall, which had appeared almost overnight in August 1961. For a generation, until its fall in November 1989, it not only divided the city of Berlin, but also symbolised the confrontation between capitalist West and socialist East. In this astonishing book, journalist Christopher Hilton has collected together the individual stories of those whose lives it affected, including international politicians, American and British soldiers, East German border guards and, most importantly, the citizens of Berlin itself, West and East. Weaving their memories together into a remarkable narrative, this is the extraordinarily vivid, occasionally harrowing and often touching story of a city divided, and of how it affected the lives of real people.

For the last 138 years, The Statesman's Yearbook has been relied upon to provide accurate and comprehensive information on the current political, economic and social status of every country in the world. The appointment of the new editor - only the seventh in 138 years - brought enhancements to the 1998-99 edition and these have been continued since then. Internet usage figures are included. Specially commissioned essays from major political and academic figures supplement country entries in areas of major upheaval and change. A fold out colour section provides a political world map and flags for the 191 countries of the world. The task of monitoring the pattern or flow of world change is never-ending. However, the annual publication of The Statesman's Yearbook gives all the information needed in one easily digestible single volume. It will save hours of research and cross-referencing between different sources. A prestigious and popular book, The Statesman's Yearbook is updated every 12 months. In a world of continual change The Statesman's Yearbook is a necessary annual purchase.

Offers an introduction to teen life in Europe by examining 12 countries of the region.