Motivated by potentially turning Flushing Meadows, literally a land of refuse, into his greatest public park, Robert Moses—New York's "Master Builder"—brought the World's Fair to the Big Apple for 1964 and '65. Though considered a financial failure, the 1964-65 World' s Fair was a Sixties flashpoint in areas from politics to pop culture, technology to urban planning, and civil rights to violent crime. In an epic narrative, the New York Times bestseller Tomorrow-Land shows the astonishing pivots taken by New York City, America, and the world during the Fair. It fetched Disney's empire from California and Michelangelo's La Pieta from Europe; and displayed flickers of innovation from Ford, GM, and NASA—from undersea and outerspace colonies to personal computers. It housed the controversial work of Warhol (until Governor Rockefeller had it removed); and lured Ken Kesey and the Merry Pranksters. Meanwhile, the Fair—and its house band, Guy Lombardo and his Royal Canadians—sat in the musical shadows of the Beatles and Bob Dylan, who changed rock-and-roll right there in Queens. And as Southern civil rights efforts turned deadly, and violent protests also occurred in and around the Fair, Harlem-based Malcolm X predicted a frightening future of inner-city racial conflict. World's Fairs have always been collisions of eras, cultures, nations, technologies, ideas, and art. But the trippy, turbulent, Technicolor, Disney, corporate, and often misguided 1964-65 Fair was truly exceptional. 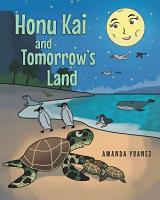 Main character “Honu Kai,” which means “green sea turtle of the sea” in Native Hawaiian, the name symbolizes endurance, long life, and luck. This green sea turtle’s story starts off coming out of his egg at an unknown beach with only Luna, Hawaiian for “moon” to name him and guide him on a perilous journey of discovery to Tomorrow Land. Luna guides him through the open ocean, Great Pacific Garbage Patch, makes friends along the way, and gets educated on global warming / climate change. The reader will be taken on the same journey with Honu Kai learning and experiencing the importance of a clean environment and being responsible caretakers of our planet Earth. This book is mesmerizing, enchanting, educational, and brings about environmental awareness that is tangible to the child experience in reading, learning, and engaging in current world issues.

Linking Margaret Mead to the Mickey Mouse Club and behaviorism to Bambi, Nicholas Sammond traces a path back to the early-twentieth-century sources of “the normal American child.” He locates the origins of this hypothetical child in the interplay between developmental science and popular media. In the process, he shows that the relationship between the media and the child has long been much more symbiotic than arguments that the child is irrevocably shaped by the media it consumes would lead one to believe. Focusing on the products of the Walt Disney company, Sammond demonstrates that without a vision of a normal American child and the belief that movies and television either helped or hindered its development, Disney might never have found its market niche as the paragon of family entertainment. At the same time, without media producers such as Disney, representations of the ideal child would not have circulated as freely in American popular culture. In vivid detail, Sammond describes how the latest thinking about human development was translated into the practice of child-rearing and how magazines and parenting manuals characterized the child as the crucible of an ideal American culture. He chronicles how Walt Disney Productions’ greatest creation—the image of Walt Disney himself—was made to embody evolving ideas of what was best for the child and for society. Bringing popular child-rearing manuals, periodicals, advertisements, and mainstream sociological texts together with the films, tv programs, ancillary products, and public relations materials of Walt Disney Productions, Babes in Tomorrowland reveals a child that was as much the necessary precursor of popular media as the victim of its excesses.

The star DJs of the Tomorrowland and Tomorrowland electronic music festivals explode into comics with a thrilling music-fantasy thriller! From the Eisner award-winning writer of Spider-Man, Wolverine: Origin, The Inhumans and The Darkness comes a music-led adventure like no other! Meet Dimitri Vegas and Like Mike, two young DJs – and the public faces of the world-renowned Tomorrowland festival – as they are drawn into an impossible adventure to save the vital spark of creativity. Over the course of this retina-blasting fantasy adventure, the pair find themselves sucked into an eternal war between two worlds – a battle waged between the forces of creation and destruction for the energy we all carry inside us. It’s a war we’re rapidly losing – but can two DJs turn the tide over the course of just one festival? There’s only one way to find out! Collects Tomorrowland #1-4 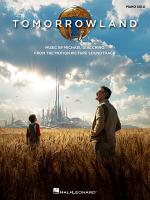 (Piano Solo Songbook). Ten songs from the soundtrack penned by Michael Giacchino for this 2015 Disney film are featured in this collection for piano solo. Includes: Casey V Zeitgeist * Edge of Tomorrowland * Electric Dreams * End Credits * Just Get in the Car * Pin Ultimate Experience * Sphere and Loathing * A Story About the Future * A Touching Tale * What an Eiffel. Includes full color photos from the film!

The music-led adventure from the Eisner Award-winning writer of Wolverine: Origin and The Darkness continues! Dimitri Vegas and Like Mike, DJs at the world-renowned Tomorrowland festival have been pulled into an eternal war between the forces of creation and destruction. Can they turn the tide over the course of just one festival – even with William Shakespeare and Oscar Wilde on their side?! Buckle in for a fantasy ride like no other!

From the Eisner award-winning writer of Spider-Man, Wolverine: Origin, The Inhumans and The Darkness comes a music-led adventure like no other! Meet Dimitri Vegas and Like Mike, two young DJs – and the public faces of the world-renowned Tomorrowland festival – as they are drawn into an impossible adventure to save the vital spark of creativity! Over the course of this retina-blasting fantasy adventure, the pair find themselves sucked into an eternal war between two worlds – a battle waged between the forces of creation and destruction for the energy we all carry inside us. It’s a war we’re rapidly losing – but can two DJs turn the tide over the course of just one festival? There’s only one way to find out!

This book is a compilation of articles written from 1971 to 1996 and written for Dr. Everett Hughes at Boston College or Dr. Anselm Strauss at the University of California San Francisco Medical Center. The articles describe different work scenarios from the perspective of the workers. The early ones were written for class assignments at Boston College or were part Dr. Davis’s dissertation work. The later ones were written for conferences or journal articles. None of the papers have appeared in print but all represent the qualitative approach known as the Chicago school or Chicago tradition as taught by both Dr. Hughes and Dr. Strauss.

Sehlinger's team of anonymous inspectors checks out every inch of the Disney parks, and is honest and objective in its evaluations of each ride, show, hotel, and restaurant. Includes area maps. Original.

Poetry. TOMORROWLAND is a book-length poem of bodily transit and colonial forgetting. Its names and events perpetually arrive in a new world, whose versions here combine promised lands and historical suicide. Eula moves among these real and imagined place-times with other symbolic names and unnamed figures, and Jack plays death. The primary formal note is the interrupted iambic. Lisa Samuels's TOMORROWLAND is a guidebook and diary from an actuality existing among real sea and ships and coastline, history, and contemporary reflection. There are named 'characters, ' but the true characters are a colony, a 'we' of the newly arrived to this land. The generous and graceful syntax is a fusing agent for yesterday, today, and tomorrow. The reader exults in the accomplishment of the verse.--Alice Notley

This enthusiastic investigation of Disneyland's hidden treasures leads both first-time visitors and aficionados through the legendary theme park while pointing out tiny surprises around each turn. Helpfully organized as a reading tour, this guidebook features the whereabouts of many of Disneyland's secrets, including the locations of several “Hidden Mickeys,” and original movie props that appear around the park. Also included are original illustrations, trivia, and an exploration of Disneyland's history, which notes the subtle tributes Walt Disney placed throughout the grounds honoring the people who made the park possible. Also included are fascinating facts about Disneyland and American history that will interest teachers and tour guides as well as the 13.9 million guests who visit Disneyland every year.