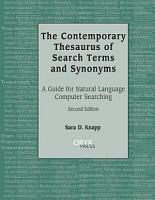 by Sara D. Knapp, The Contemporary Thesaurus Of Search Terms And Synonyms Books available in PDF, EPUB, Mobi Format. Download The Contemporary Thesaurus Of Search Terms And Synonyms books, Whether your search is limited to a single database or is as expansive as all of cyberspace, you won't find the intended results unless you use the words that work. Now in its second edition, Sara Knapp has updated and expanded this invaluable resource. Unlike any other thesaurus available, this popular guide offers a wealth of natural language options in a convenient, A-to-Z format. It's ideal for helping users find the appropriate word or words for computer searches in the humanities, social sciences, and business. The second edition has added more than 9,000 entries to the first edition's extensive list. Now, the Thesaurus contains almost 21,000 search entries! New or expanded areas include broader coverage of business terms and humanities-including arts literature, philosophy, religion, and music.

by Thomas Deselaers, Evaluating Systems For Multilingual And Multimodal Information Access Books available in PDF, EPUB, Mobi Format. Download Evaluating Systems For Multilingual And Multimodal Information Access books, The ninth campaign of the Cross-Language Evaluation Forum (CLEF) for European languages was held from January to September 2008. There were seven main eval- tion tracks in CLEF 2008 plus two pilot tasks. The aim, as usual, was to test the p- formance of a wide range of multilingual information access (MLIA) systems or s- tem components. This year, 100 groups, mainly but not only from academia, parti- pated in the campaign. Most of the groups were from Europe but there was also a good contingent from North America and Asia plus a few participants from South America and Africa. Full details regarding the design of the tracks, the methodologies used for evaluation, and the results obtained by the participants can be found in the different sections of these proceedings. The results of the CLEF 2008 campaign were presented at a two-and-a-half day workshop held in Aarhus, Denmark, September 17–19, and attended by 150 resear- ers and system developers. The annual workshop, held in conjunction with the European Conference on Digital Libraries, plays an important role by providing the opportunity for all the groups that have participated in the evaluation campaign to get together comparing approaches and exchanging ideas. The schedule of the workshop was divided between plenary track overviews, and parallel, poster and breakout sessions presenting this year’s experiments and discu- ing ideas for the future. There were several invited talks. 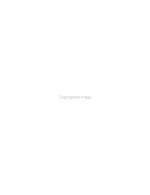