A stunningly beautiful backdrop where cultures meet, meld, and thrive, the U.S.–Mexico borderlands is one of the most dynamic regions in the Americas. On the Border explores little-known corners of this fascinating area of the world in a rich collection of essays. Beginning with an exploration of mining and the rise of Tijuana, the book examines a number of aspects of the region's social and cultural history, including urban growth and housing, the mysterious underworld of border-town nightlife, a film noir treatment of the Peteet family suicides, borderlands cuisine, the life of squatters, and popular religion. As stimulating as it is lively, On the Border will spark a new appreciation for the range of social and cultural experiences in the borderlands.

There may be no story today with a wider gap between fact and fiction than the relationship between the United States and Mexico. Wall or no wall, deeply intertwined social, economic, business, cultural, and personal relationships mean the US-Mexico border is more like a seam than a barrier, weaving together two economies and cultures. Mexico faces huge crime and corruption problems, but its remarkable transformation over the past two decades has made it a more educated, prosperous, and innovative nation than most Americans realize. Through portraits of business leaders, migrants, chefs, movie directors, police officers, and media and sports executives, Andrew Selee looks at this emerging Mexico, showing how it increasingly influences our daily lives in the United States in surprising ways--the jobs we do, the goods we consume, and even the new technology and entertainment we enjoy. From the Mexican entrepreneur in Missouri who saved the US nail industry, to the city leaders who were visionary enough to build a bridge over the border fence so the people of San Diego and Tijuana could share a single international airport, to the connections between innovators in Mexico's emerging tech hub in Guadalajara and those in Silicon Valley, Mexicans and Americans together have been creating productive connections that now blur the boundaries that once separated us from each other.

Ann Kingsolver presents stories people have tole about NAFTA - young people and old, urban and rural, with differing political perspectives, occupations, and other markers of identity - that demonstrate their expectations and imaginations of the sweeping trade agreement. NAFTA. Kingsolver contends, both before and after its passage, became a catch-all in public discourse for tensions related to neoliberal policies and to economic and cultural processes of globalization. The storytellers in her book, from Mexico, Kentucky, and California, imagined the meaning and possible effects of regional integration on topics ranging from agriculture, to the stereotyping of workers, to national sovereignty and identity. NAFTA became invested with possibilities far beyond the scope of its literal provisions. Kingsolver analyzes the metaphorical meanings attributed to NAFTA, whether a giant truck in your rear-view mirror(in Ralph Nader's words) or a panacea for what they tell us about the changing relationship between national governments and their publics. She finds that, rather than strengthening national authority, the passage of NAFTA led to intense public questioning and deep political divi

Beginning about 1900 the expanded international role of the United States brought increased attention to the cultures of other peoples and a growth of interest in Latin America. The Enormous Vogue of Things Mexican traces the evolution of cultural relations between the United States and Mexico from 1920 to 1935, identifying the individuals, institutions, and themes that made up this fascinating chapter in the history of the two countries. 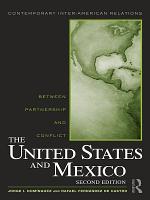 By sharing one of the longest land borders in the world, the United States and Mexico will always have a special relationship. In the early twenty-first century, they are as important to one another as ever before with a vital trade partnership and often-tense migration positions. The ideal introduction to U.S.-Mexican relations, this book moves from conflicts all through the nineteenth century up to contemporary democratic elections in Mexico. Domínguez and Fernández de Castro deftly trace the path of the relationship between these North American neighbors from bloody conflicts to (wary) partnership. By covering immigration, drug trafficking, NAFTA, democracy, environmental problems, and economic instability, the second edition of The United States and Mexico provides a thorough look back and an informed vision of the future.

Mexico and Mexicans have been involved in every aspect of making the United States from colonial times until the present. Yet our shared history is a largely untold story, eclipsed by headlines about illegal immigration and the drug war. Placing Mexicans and Mexico in the center of American history, this volume elucidates how economic, social, and cultural legacies grounded in colonial New Spain shaped both Mexico and the United States, as well as how Mexican Americans have constructively participated in North American ways of production, politics, social relations, and cultural understandings. Combining historical, sociological, and cultural perspectives, the contributors to this volume explore the following topics: the Hispanic foundations of North American capitalism; indigenous peoples’ actions and adaptations to living between Mexico and the United States; U.S. literary constructions of a Mexican “other” during the U.S.-Mexican War and the Civil War; the Mexican cotton trade, which helped sustain the Confederacy during the Civil War; the transformation of the Arizona borderlands from a multiethnic Mexican frontier into an industrializing place of “whites” and “Mexicans”; the early-twentieth-century roles of indigenous Mexicans in organizing to demand rights for all workers; the rise of Mexican Americans to claim middle-class lives during and after World War II; and the persistence of a Mexican tradition of racial/ethnic mixing—mestizaje—as an alternative to the racial polarities so long at the center of American life. 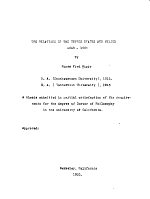 In this history of the social and human sciences in Mexico and the United States, Karin Alejandra Rosemblatt reveals intricate connections among the development of science, the concept of race, and policies toward indigenous peoples. Focusing on the anthropologists, sociologists, biologists, physicians, and other experts who collaborated across borders from the Mexican Revolution through World War II, Rosemblatt traces how intellectuals on both sides of the Rio Grande forged shared networks in which they discussed indigenous peoples and other ethnic minorities. In doing so, Rosemblatt argues, they refashioned race as a scientific category and consolidated their influence within their respective national policy circles. Postrevolutionary Mexican experts aimed to transform their country into a modern secular state with a dynamic economy, and central to this endeavor was learning how to "manage" racial difference and social welfare. The same concern animated U.S. New Deal policies toward Native Americans. The scientists' border-crossing conceptions of modernity, race, evolution, and pluralism were not simple one-way impositions or appropriations, and they had significant effects. In the United States, the resulting approaches to the management of Native American affairs later shaped policies toward immigrants and black Americans, while in Mexico, officials rejected policy prescriptions they associated with U.S. intellectual imperialism and racial segregation.

Excerpt from The United States and Mexico, Vol. 2: A History of the Relations Between the Two Countries, From the Independence of Mexico, to the Close of the War, With the United States The extremely interesting details of the controversy between the United States and Great Britain over the ownership of what was once called the Oregon country - now the States of Oregon, Washington, and Idaho and the province of British Columbia - find no place in the present narrative. But the possibility that a war between the two countries might grow out of the controversy had a material influence in determining the course of successive Mexican governments toward the United States, and, to a less extent, the policy of President Polk's administration in reference to Mexico, so that the main outlines of the dispute must necessarily be sketched. The first discoverers of the Pacific coast of America, north of the present limits of California, appear to have been the Spaniards - although Sir Francis Drake, in 1579, visited the coast and spent some time in a harbor which appears to have been that which is now known as Drake's Bay, a little north of San Francisco. But it was not until almost the end of the eighteenth century that the Spanish government made any serious efforts to explore the northwest coast. At about the same time the Russians, starting from the Asiatic coasts, were exploring toward the south and east, and seem to have examined the shores of the American continent to a point south of Sitka, overlapping the Spanish discoveries; and Captain Cook, who sailed on his third and last voyage of discovery from England in July, 1776, also visited the coast between California and Alaska. About the Publisher Forgotten Books publishes hundreds of thousands of rare and classic books. Find more at www.forgottenbooks.com This book is a reproduction of an important historical work. Forgotten Books uses state-of-the-art technology to digitally reconstruct the work, preserving the original format whilst repairing imperfections present in the aged copy. In rare cases, an imperfection in the original, such as a blemish or missing page, may be replicated in our edition. We do, however, repair the vast majority of imperfections successfully; any imperfections that remain are intentionally left to preserve the state of such historical works.

The first reference work of its kind, this volume on the United States-Mexican War encompasses the decade of the 1840s, focusing on the war years of 1846-1848. More than a dozen maps were drawn for this book, some of which depict major regions and localities over which armies of both nations moved great distances to position for battle, and others that depict major battlefields from the first engagement to the last. The narrative overview paints a broad picture of the war for both historians desiring a review before continuing research, and for the interested layperson, unfamiliar with the war and in search of an overview of the entire period. The dictionary itself contains hundreds of thoroughly researched entries describing the war's personalities, battles and campaign trails, armaments, support systems, political factions involved in the conflict in both nations, and an array of other topics related to the war. Includes illustrations of the central figures of the conflict, a detailed chronology, and a bibliography of traditional and contemporary sources useful to the professional scholar, student, and amateur historian.