Prize-fighter and thrill-seeker Johnny Thompson is at it again in this fast-paced action-adventure novel for younger readers from author Roy Snell. After a fellow traveler tells Johnny about his run-in with a strange creature or apparition or something, Johnny sets off on a quest to get to the bottom of the mystery.

"And then I saw it--the Shadow." The speaker's eyes appeared to snap. Johnny Thompson leaned forward in his chair. "It glided through the fog without a sound." The voice droned on, "Not a sound, mind you! We had a small boat with powerful motors. I stepped on the gas. Our motors roared. We were after that shadow." "And then?" Johnny Thompson whispered. "For all I know," the black-eyed man murmured, leaning back in his chair, "we might have cut that shadow square in two. Anyway, that's the last we saw of it for that day. "But think of it!" he exclaimed after a second's pause. "Think of the thing just disappearing in the fog like that!" He was a romantic figure, this man Blackie. The boys of Matanuska Valley in Alaska loved this gathering of an evening about the red-hot stove in the store. And no part of the evening's entertainment was ever half so thrilling as Blackie's stories. "It was spring then," Blackie added, "late May, when the salmon run was on." "It was a whale after salmon, that shadow," someone suggested. "No, sir!" Blackie fairly shouted. "It was too fast for a whale! Some sort of Oriental craft, I shouldn't wonder. Though how they'd make it go without a sound is beyond me. "Ah well," he sighed, "I'll be rid of these by spring." He kicked at the crutches beside his chair. "Then I'll be after 'em again, those bloomin' Orientals and their gliding shadows." "You going back into the Coast Guard Service?" Johnny asked eagerly. "I sure am!" Blackie agreed heartily. "Boy! That's the life! A speedy boat with two or three airplane motors in her hull, a good crew, plenty of gas, the wide open sea and enough trouble to keep your eyes open day and night. Man! Oh, man!.."............

BONUS: This edition contains an excerpt from Sam Eastland's Archive 17. Deep in the Russian countryside, a thirty-ton killing machine known officially as T-34 is being developed in total secrecy. Its inventor is a rogue genius whose macabre death is considered an accident only by the innocent. Suspecting assassins everywhere, Stalin brings in his best—if least obedient—detective to solve a murder that’s tantamount to treason. Answerable to no one, Inspector Pekkala has the dictator’s permission to go anywhere and interrogate anyone. But the closer Pekkala gets to answers, the more questions he uncovers—first and foremost, why is the state’s most dreaded female operative, Commissar Major Lysenkova, investigating the case when she’s only assigned to internal affairs? In the shadows of one of history’s most notorious regimes, Pekkala is on a collision course with not only the Soviet secret police but the USSR’s deadliest military secrets. For what he’s about to unearth could put Stalin and his Communist state under for good—and bury Pekkala with them.

This is a reproduction of a book published before 1923. This book may have occasional imperfections such as missing or blurred pages, poor pictures, errant marks, etc. that were either part of the original artifact, or were introduced by the scanning process. We believe this work is culturally important, and despite the imperfections, have elected to bring it back into print as part of our continuing commitment to the preservation of printed works worldwide. We appreciate your understanding of the imperfections in the preservation process, and hope you enjoy this valuable book.

This work has been selected by scholars as being culturally important and is part of the knowledge base of civilization as we know it. This work is in the public domain in the United States of America, and possibly other nations. Within the United States, you may freely copy and distribute this work, as no entity (individual or corporate) has a copyright on the body of the work. Scholars believe, and we concur, that this work is important enough to be preserved, reproduced, and made generally available to the public. To ensure a quality reading experience, this work has been proofread and republished using a format that seamlessly blends the original graphical elements with text in an easy-to-read typeface. We appreciate your support of the preservation process, and thank you for being an important part of keeping this knowledge alive and relevant. 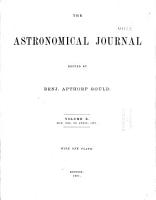