This book focuses on medieval legal history. The essays discuss the birth of the Common Law, the interaction between systems of law, the evolution of the legal profession, and the operation and procedures of the Common Law in England. All these factors will ensure a warm reception of the volume by a broad range of readers.

The translation of law has played an integral part in the interaction among nations in history and is playing a greater role in our increasingly interconnected world today. The book investigates legal translation in its many facets as an intellectual pursuit and a profession. It examines legal translation from an interdisciplinary perspective, covering theoretical and practical grounds and linguistic as well as legal issues. It analyses legal translation competence and various types of legal texts including contracts, statutes and multilateral legal instruments, presents a comparative analysis of the Common Law and the Civil Law and examines the case law from Canada, Hong Kong and the European Court of Justice. It attempts to demonstrate that translating law is a complex act that can enrich law, culture and human experience as a whole.

The Routledge Course on Media, Legal and Technical Translation: English-Arabic-English is an indispensable and engaging coursebook for university students wishing to develop their English-Arabic-English translation skills in these three text types. Taking a practical approach, the book introduces Arab translation students to common translation strategies in addition to the linguistic, syntactic, and stylistic features of media, legal, and technical texts. This book features texts carefully selected for their technical relevance. The key features include: • comprehensive four chapters covering media, legal, and technical texts, which are of immense importance to Arab translation students; • detailed and clear explanations of the lexical, syntactic, and stylistic features of English and Arabic media, legal, and technical texts; • up-to-date and practical translation examples in both directions offering students actual experiences of professional translators; • authentic texts extracted from various sources to promote students’ familiarity with language features and use; • extensive range of exercises following each section of the book to enable students to test and practice the knowledge and skills they developed from reading previous sections; • glossaries following most exercises containing the translation of difficult words; and • a list of recommended readings following each chapter. The easy, practical, and comprehensive approach adopted in the book makes it a must-have coursebook for intermediate and advanced students studying translation between English and Arabic. University instructors and professional translators working on translation between English and Arabic will find this book particularly useful.

Law mattered in later medieval England and Ireland. A quick glance at the sources suggests as much. From the charter to the will to the court roll, the majority of the documents which have survived from later medieval England and Ireland, and medieval Europe in general, are legal in nature. Yet despite the fact that law played a prominent role in medieval society, legal history has long been a marginal subject within medieval studies both in Britain and North America. Much good work has been done in this field, but there is much still to do. This volume, a collection of essays in honour of Paul Brand, who has contributed perhaps more than any other historian to our understanding of the legal developments of later medieval England and Ireland, is intended to help fill this gap. The essays collected in this volume, which range from the twelfth to the sixteenth century, offer the latest research on a variety of topics within this field of inquiry. While some consider familiar topics, they do so from new angles, whether by exploring the underlying assumptions behind England’s adoption of trial by jury for crime or by assessing the financial aspects of the General Eyre, a core institution of jurisdiction in twelfth- and thirteenth-century England. Most, however, consider topics which have received little attention from scholars, from the significance of judges and lawyers smiling and laughing in the courtroom to the profits and perils of judicial office in English Ireland. The essays provide new insights into how the law developed and functioned within the legal profession and courtroom in late medieval England and Ireland, as well as how it pervaded the society at large. 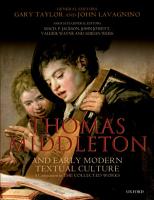 Thomas Middleton and Early Modern Textual Culture is a comprehensive companion to The Collected Works of Thomas Middleton, providing detailed introductions to and full editorial apparatus for the works themselves as well as a wealth of information about Middleton's historical and literary context.

Fully revised and updated, this classic text provides the authoritative introduction to the history of the English common law. The book traces the development of the principal features of English legal institutions and doctrines from Anglo-Saxon times to the present and, combined with Baker and Milsom's Sources of Legal History, offers invaluable insights into the development of the common law of persons, obligations, and property, and also of criminal and public law. It is an essential reference point for all lawyers, historians and students seeking to understand the evolution of English law over a millennium. The book provides an introduction to the main characteristics, institutions, and doctrines of English law over the longer term - particularly the evolution of the common law before the extensive statutory changes and regulatory regimes of the last two centuries. It explores how legal change was brought about in the common law and how judges and lawyers managed to square evolution with respect for inherited wisdom.

One of the first attempts to present a comprehensive study of legal translation, this book is an interdisciplinary study in law and translation theory. It is not bound to any specific languages or legal systems, although emphasis is placed on translation between common law and civil law jurisdictions. The main focus is on the translation of texts which are authoritative sources of the law; examples are cited primarily from statutes, codes and constitutions (Canada, Switzerland and Belgium), as well as instruments of the European Union and international treaties and conventions. Dealing with theoretical as well as practical aspects of the subject matter, the author analyses legal translation as an act of communication in the mechanism of the law, thus making it necessary to redefine the goal of legal translation. This book is intended for both lawyers and linguists, translation theorists, legal translators and drafters, legal lexicographers, as well as teachers and students of translation. 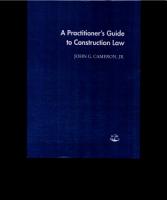 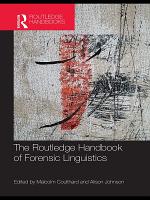 Conversation and argument concerning laws and legal situations take place throughout society and at all levels, yet the language of these conversations differs greatly from that of the courtroom. This insightful book considers the gap between everyday discussion about law and the artificial, technical language developed by lawyers, judges and other legal specialists. In doing so, it explores the intriguing possibilities for future synthesis, a problem often neglected by legal theory.

Exploration of manuscript records and civil law sources to provide a fuller account of the history of the legal profession in England.

A Festschrift in honour of Professor Sir John Baker, presented by leading scholars on the sources of English legal history.