With the war between the Mexican state and the drug traffickers operating within its borders having claimed over 70,000 lives since 2006, noted journalist and author Michael Deibert zeroes in on the story of the notorious Gulf Cartel, their deadly war with their former allies Los Zetas, the cartel's connections in Mexican politics and what its trajectory means for Mexico’s--and America’s--future. Punctuated by the disappearance of busloads of full of people from Mexican highways, heavy-weapon firefights in once-picturesque colonial towns and the discovery of mass graves, nowhere has the violence of Mexico’s drug war been more intense than directly across the border from East Texas, the scene of a scorched-earth war between two of Mexico’s largest drug trafficking organizations: The Gulf Cartel, a criminal body with roots stretching back to Prohibition, and Los Zetas, a group famous for their savagery and largely made up of deserters form Mexico's armed forces. From the valleys and sierras of rural Tamaulipas and Nuevo León to the economic hub of Monterrey, the violence rivals anything seen in the more well-known narco war in Ciudad Juárez, 830 miles to the west. Combining dozens of interviews that the author has conducted over the last six years in Mexico and other countries in the region along with a vast reserve of secondary source material, In the Shadow of Saint Death gives U.S. readers the story of the war being waged along our border in the voices of the cartel hitmen, law enforcement officials, politicians, shopkeepers, migrants and children living inside of it year-round. Through their stories, the book will pose provocative questions about the direction and consequence of U.S. drug policy and the militarized approach to combating the narcotics trade on both sides of the border.

This book documents hundreds of customs and traditions practiced in countries outside of the United States, showcasing the diversity of birth, coming-of-age, and death celebrations worldwide. • Examines cultural events in the general categories of birth and childhood events, teen and early adulthood milestones, and aging and death customs • Offers primary and cultural document excerpts that are useful for the purposes of meeting Common Core standards • Includes color inserts that help bring the text to life • Features sidebars that present fun facts, interesting anecdotes, and recipes that are often used to celebrate various life-cycle customs in different countries • Provides information ideal for students studying geography, global studies, anthropology, and world cultures 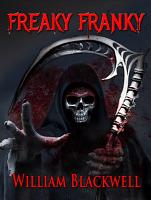 When an enigmatic town doctor saves the life of Anisa Worthington’s dying son, she abandons Christianity in favor of devotion to the cult of Santa Muerte or Saint Death. Some believe the mysterious skeleton saint will protect their loved ones, help in matters of the heart, and provide abundant happiness, health, wealth, and justice. But others, including the Catholic Church, call the cult blasphemous, evil, and satanic. Anisa introduces Saint Death to her friend Helen Randon, and soon one of Helen’s enemies is brutally murdered. Residents of Montague, a peaceful little town in Prince Edward Island, begin plotting to rid the Bible belt of apostates. Anisa suspects Helen is perverting the good tenets of Saint Death. Before she can act, a terrible nightmare propels her to the Dominican Republic in search of Franklin, her long-lost and unstable brother, who mysteriously disappeared without a trace twenty years ago. To her horror, Anisa learns Freaky Franky is worshiping Saint Death with evil intentions. As a fanatical and hell-bent lynch mob tightens the noose, mysterious murders begin occurring all around Anisa. Unsure who’s an enemy and who’s an ally, she’s thrown into a violent battle to save her life, as well as the lives of her friends and brother.

This text is dedicated to the study of Boniface's 33-year mission among the Hessians. The author relates the historical sources to the rich archaeological heritage of the region in order to describe the political and cultural context of the mission and its relationship to long-term Frankish interests in the Saxon borderlands.

R. Andrew Chesnut offers a fascinating portrayal of Santa Muerte, a skeleton saint whose cult has attracted millions of devotees over the past decade. Although condemned by mainstream churches, this folk saint's supernatural powers appeal to millions of Latin Americans and immigrants in the U.S. Devotees believe the Bony Lady (as she is affectionately called) to be the fastest and most effective miracle worker, and as such, her statuettes and paraphernalia now outsell those of the Virgin of Guadalupe and Saint Jude, two other giants of Mexican religiosity. In particular, Chesnut shows Santa Muerte has become the patron saint of drug traffickers, playing an important role as protector of peddlers of crystal meth and marijuana; DEA agents and Mexican police often find her altars in the safe houses of drug smugglers. Yet Saint Death plays other important roles: she is a supernatural healer, love doctor, money-maker, lawyer, and angel of death. She has become without doubt one of the most popular and powerful saints on both the Mexican and American religious landscapes.

Gabriel Ferreyra presents a comprehensive analysis of drug trafficking in Mexico and the United States by examining the roots, development, consolidation, and cultural ramifications of this phenomenon in the past century as well as its negative consequences in contemporary Mexico. Ferreyra discusses the most devastating effects correlated to drug trafficking such as high murder rates, gruesome violence, disappearances, and mass graves to emphasize how Mexican society bears the brunt of this phenomenon while the United States insists on the futility of drug prohibition. Unlike other publications, this book provides an interdisciplinary social science approach where drug trafficking is conceptualized as a multifaceted social, political, economic, and cultural problem, rather than just a criminal justice issue. Drug Trafficking in Mexico and the United States also revisits the war on drugs and provides an argument how drug control is the primary force behind drug trafficking. In that respect, there is an analysis on how the DEA has reinforced the war on drugs model and why it became a reactionary agency that opposes any comprehensive alternative to the American drug problem besides drug control. The author concludes with recommendations to implement forward-thinking measures such as decriminalization, reclassification, and legalization of drugs to effectively address the illicit drug trade.--Guadalupe Correa-Cabrera, Associate Professor, Schar School of Policy and Government, George Mason University

An acclaimed investigative reporter provides a searing investigation of the factors that nearly destroyed Puerto Rico in the wake of Hurricane Maria.

This captivating resource covers the bloody history of Mexican drug cartels from their rise in the 1980s to the latest round of brutal violence, which has seen more than 125,000 Mexican citizens killed over the past decade. • Offers a reliable resource for students and researchers who want to explore the world of Mexican drug cartels more knowledgeably and in greater depth • Provides accurate information on many facets of the drug trade, much of which has been erroneously represented in the popular press and other media outlets • Explores in detail the impact of the drug war in both Mexico and the United States • Enables readers to pursue connections from one entry to another through numerous cross-references

This haunting, hardboiled tale follows detective Frank “Slim Fat” Pinson and his partner as they try to unravel the vexing mystery surrounding a who-done-it drug murder in San Diego. Frank “Slim Fat” Pinson is your regular hardboiled murder cop—hell, Frank’s a cliché. His wife is dead after jumping from a bridge and he’s a mal-practicing Catholic. He’s tough as nails. Hard as sin. Except not. When Frank and his partner, “Skinny” Slade Ryerson, catch a cartel murder case, they’re sucked into a black hell of political corruption with ties to Santa Muerte. And Frank—a man who knows himself so well—spins into an epic crisis of faith. The first detective novel from acclaimed pulp writer Matt Phillips introduces readers to a fascinating character of indefensible fault, immense morality, and incalculable demise. Praise for TO BRING MY SHADOW: “Phillips gets better with each book, using crime as a vehicle to penetrate the depths of the human soul…” —Travis Richardson, Derringer winner and author of Bloodshot & Bruised “An outstanding hardboiled police thriller full of intrigue, corruption, murder, existential dilemmas, and more. One of the best and most prolific contemporary authors working—make room on your bookshelf for Frank Pinson and Slade Ryerson.” —Andrew Davie, author of Pavement and Ouroboros “In To Bring My Shadow, Phillips treats readers to the down-and-dirtiest whodunnit they’ll ever read. Gritty, post-modern, and self-aware, this detective novel introduces readers to Frank Pinson and Slade Ryerson (the suave Watson to Frank Pinson’s slovenly, self-destructive Holmes). Let’s be clear: this ain’t no tea-cozy and hardboiled doesn’t quite cut it, either. Some of the central tropes are Tarantinoesque and Phillips’ dialog and eye for detail bring to mind The Wire. But this is something else—something unclean, cheeky and fun. Have a go.” —Steve Lambert, author of Philisteens “Relentless, gritty, and heart-pounding…To Bring My Shadow reads like a fast-paced novelization of a banger episode of ‘The First 48.’ An authentic portrayal of San Diego, fantastic characterization, and Phillips’ sharp-as-a-knife writing skill make this a must-read.” —Curtis Ippolito, author of Burying The Newspaper Man

For reasons of language and history, the United States has prized its Anglo heritage above all others. However, as Carrie Gibson explains with great depth and clarity in El Norte, America has much older Spanish roots - ones that have long been unacknowledged or marginalized. The Hispanic past of the United States predates the arrival of the Pilgrims by a century and has been every bit as important in shaping the nation. El Norte chronicles the sweeping and dramatic history of Hispanic North America from the arrival of the Spanish to the present - from Ponce de Leon's initial landing in Florida in 1513 to Spanish control of the vast Louisiana territory in 1762 to the Mexican-American War in 1846 and up to the more recent tragedy of post-hurricane Puerto Rico and the ongoing border acrimony with Mexico. Interwoven in this stirring narrative of events and people are cultural issues that have been there from the start and remain unresolved: language, belonging, community, race and nationality. Seeing them play out over centuries provides vital perspective at a time when it is urgently needed. In 1883, Walt Whitman wrote 'to that composite American identity of the future, Spanish character will supply some of the most needed parts.' That future is here, and El Norte, an emotive and eventful history in its own right, will have a powerful impact on our perception of the United States.

'My father. That's what this is all about. Where does he end and where do I begin?' Ken Saro-Wiwa was executed in November 1995. One of Nigeria's best-loved writers and an outspoken critic of military rule, he was a prime mover in bringing the human rights abuses of Shell Oil and the Nigerian military to the attention of the world. His death was headline news internationally. The name of Ken Saro-Wiwa became a potent symbol of the struggle between a traditional way of life and the juggernaut of global commercial interests. What was it like to grow up with such a politically active and socially conscious father? How do you come to terms with your father's imprisonment and execution? How do you cope with the endless international press speculation about your father's life and character? And how do you respond when international attention is focused on you? How do you make your own way in life against your father's expectations of you, especially when you carry the same name? How do you live with such a complex personal history? This frank and memorable depiction of Ken Saro-Wiwa's childhood and relationship with his father vividly recounts the journey he took to answer those questions. Ultimately it is the story of how Ken Wiwa went looking for his father and ended up finding himself.