Becoming a gentleman takes more than commonsense, and frankly it`s a lost art nowadays. The loosening-up of good-behaviour norms has not made for a happier society; it has led us down the path towards road-rage and general disrespect. So, with revived interest in the principles of courtesy and good manners of the past, to what can the modern man turn when he`d rather be a gentleman than a lad? How to Live Like a Gentleman is a handbook to modern manners and style written by a man for men. Packed with such indispensable information as how to be the perfect host, hot to decorate your home like a gentleman and when to know if you should kiss her or go home, this handbook is filled with all the advice a regular guy need to become a man of honour and decorum.

First published in 1981, this book represents the first comprehensive examination of Victorian society’s preoccupation with the ‘notion of the gentleman’ and how this was reflected in the literature of the time. Starting with Addison and Lord Chesterfield, the author explores the influence of the gentlemanly ideal on the evolution of the English middle classes, and reveals its central part in the novels of Thackeray, Dickens and Trollope. Combining social and cultural analysis with literary criticism, this book provides new readings of Vanity Fair and Great Expectations, a fresh approach to Trollope, and a detailed account of the various streams that fed into the idea of the gentleman. 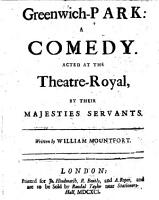 Brings together three parts of "Robinson Crusoe" and examines their relationship. This work contains editorial material that includes a substantial introduction to each novel, explanatory endnotes, textual notes, and a consolidated index. 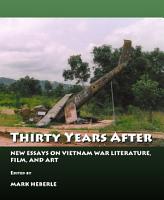 Thirty Years After: New Essays on Vietnam War Literature, Film and Art brings together essays on literature, film and media, representational art, and music of the Vietnam War that were generated by a three-day conference in Honolulu during Veterans Week 2005. This large and extensive volume, the first collection of Vietnam War criticism published since the 1990s, reflects significant cultural and historical changes since then, including U.S.-Vietnamese cultural transactions in the wake of political reconciliation and the Vietnamese diaspora; popular commodification and memorialization of the war in America; and renascent American imperialism. Contributors include well-established and well-published writers and critics like Philip Beidler, Cathey Calloway, Lorrie Goldensohn, Wayne Karlin, Andrew Lam, Jerry Lembcke, Tim O'Brien, John S. Schafer, and Alex Vernon as well as emerging Vietnam scholars and critics. Among other contributions, the volume provides important quasi-bibliographical essays on canonical American and Vietnamese literature and film, African American Vietnam war narratives, Chicano fiction and poetry, and American Vietnam war art music as well as essays on such subjects as real and digital war memorials, Vietnamese popular war songs, and Vietnamization of the Gulf War. Teachers, scholars, and the general public will find Thirty Years After a valuable guide to ongoing critical discussion of the most important event in American history between 1945 and 9/11.I highly recommend this book. Although it is almost a cliche say the Vietnam War has left deep and lingering scars on American society-Thirty Years underscores the still traumatic cultural legacy of this conflict. Attuned to the divergent voices and genres of representation--Thirty Years is an indispensable work, not only for literary scholars, but for anyone seeking to understand the enduring impact of the Vietnam War. An impressive work, Mark Herbele is commended for organizing such an insightful and gracefully written set of essays. G. Kurt Piehler, author of Remembering War the American Way. 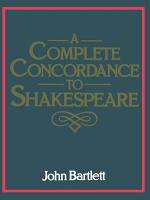