This is the story of Canada's greatest destroyer, the aggressive and hard-hitting Haida. She is Canada's most decorated warship, winning honours in the Arctic, English Channel, Normandy, Bay of Biscay, and Korea. Her first commander, the late Harry DeWolf, is Canada's most famous naval hero. Since her decommissioning in 1963, Haida, the last of the feisty Tribals, has been preserved as a national naval memorial.HMCS Haida's story is an account of sharp-end war; of Canada's naval experience in Murmansk convoys and British Home Fleet protection; in English Channel operations, when Canadian and British naval units swept the German naval ensign from the seas; in the destruction of a U-boat, and in the liberation of Trondheim, Normay. Haida was always in on the action. She sank more enemy military tonnage than any other Canadian vessel.Haida's finest days were during the intense naval operations leading up to D-Day. With her sisters Huron and Iroquois and the ill-fated Athabaskan, with British and Polish men of war, she engaged German destroyers, torpedo boats, minesweepers and others and never lost. She vigorously carried the war to the enemy at great risk. Her postwar career including two tours in the Korean theater displays the same brave purpose in her officers and men, trained professionals and dedicated sailors.Barry Gough has written a new chapter in Canadian naval annals, showing that the best equipment brings forth the best results when good fortune and superb seamanship and weapons handling are matched in equal measure Haida's illustrious story.

This work provides biographies of more than 500 men and women who have served as admiral, vice admiral, or rear admiral. While officers from the U.S., British, French and Japanese navies make up the bulk of the work, officers from 22 countries, including Australia, Canada, Germany, India, Italy, the Netherlands, Russia, and Spain, are also included. The main criterion for inclusion is that each person must have actively served in the rank of at least rear admiral, but not necessarily in enemy action. This effectively rules out people who were granted the rank on retirement, as a courtesy title or posthumously. The book also includes lists of admirals organized by nationality and by year of birth.

Toronto Sun columnist Mike Filey is back with Toronto Sketches 8, the series that captures the people, politics, and architecture of Toronto’s past with photographs and anecdotes that will change the way you see the city forever. The book brings us back to the time of Toronto’s original horse-drawn streetcar, the construction of Maple Leaf Gardens, and other memories of Toronto, many of which show how history repeats itself, as in the gas price wars of the early 20th century or the debate in 1911 over building a bridge to Toronto island.

HMCS Haida was a destroyer of the Tribal-class serving in the Royal Canadian Navy (RCN) from 1943-1963. During World War II, Haida sank more enemy surface tonnage than any other Canadian warship. In the Korean War the ship did two tours of duty. Nowadays she is the only surviving Tribal-class destroyer out of 27 units that were constructed between 1937-1945 for the Royal Navy, Royal Australian Navy, and the Royal Canadian Navy. Bron: Flaptekst, uitgeversinformatie.

This detailed guide leads travelers far from the beaten path to uncover Toronto's best-kept secrets. From obscure museums and overlooked neighborhood treasures to tucked-away green spaces and exotic ethnic cuisine, these little-known destinations yield big rewards for the more adventurous traveler. The soul of this cosmopolitan city is highlighted by hotspots where visitors can learn Latin dancing at night, disco after hours, and rent a private dungeon at an S&M bed-and-breakfast.

This second edition of the Historical Dictionary of Canada greatly expands on the first edition through a chronology, an introductory essay, a bibliography, and over 500 cross-referenced dictionary entries on important persons, places, events, and institutions, as well as on significant political, economic, social, and cultural aspects. This book is an essential guide to the history of Canada.

Mike Filey’s column "The Way We Were" first appeared in the Toronto Sunday Sun not long after the first edition of the paper hit the newsstands on September 16, 1973. Now, over four decades later, Filey’s column has enjoyed an uninterrupted stretch as one of the newspaper’s most popular features. In 1992 a number of his columns were reprinted in Toronto Sketches: "The Way We Were." Since then another ten volumes have been published. Each column looks at Toronto as it was and contributes to our understanding of how the city became what it is. Illustrated with photographs of the city’s people and places of the past, Toronto Sketches are nostalgic journeys for the long-time Torontonian and a voyage of discovery for the newcomer. This special bundle collects volumes seven to nine, packed with fascinating information about Toronto’s history. Includes Toronto Sketches 7 Toronto Sketches 8 Toronto Sketches 9 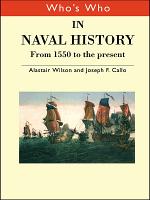 This A-Z guide covers the life and careers of over 600 key figures in naval history, from the sixteenth century to the present day. Featuring influential figures from the UK, US and around the world, from the great admirals such as Nelson, to minesweepers, designers and administrators, it is an invaluable guide to those who have shaped naval history. 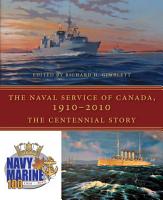 This highly illustrated commemorative volume chronicles the full century of the Canadian navy as a proud national institution. Comprehensive coverage includes the origins of the Canadian navy in 1867, both world wars, the Korean conflict, the postwar period, and a look at the navy of the future.

The Legend of the Mary Celeste is a 4500-word poem about this ill-starred ship and the horrible events that caused her to be discoveredadrift and abandoned near the Azores in November 1872. The anthology of poems is in seven sections: A Medley of Sonnets on various subjects; Poems of West Virginia, Seafarers of the 20th Century, includes a voyage aboard the RMS Queen Mary; Whaâs like us? Humorous views and flashbacks of an exile Scot; Ballades and Villanelles, modern versions of 14th-century poems, and finally Recollections, works that reflect life, human nature, Mother Nature, humour, sadness, grief, war, and current events.

Out of print for many years, this much sought-after guide is being brought back just in time for the megacity’s first summer. Mike Filey has expanded his original book to include areas that are now the waterfront of the new City of Toronto, stretching from the west end of Etobicoke to the Rouge River in the east. This valuable guide is an essential tool for anyone with an interest in Toronto: tourists, locals, and even out-of-towners who want to learn more about the lakeside sites of North America’s fifth-largest city. The book is divided into three Walks. New and archival photographs and illustrations capture the beauty and charm of the city, while the text provides the history of each site, complete with intriguing and often amusing anecdotes. For residents and tourists, Toronto continues to be a great city to explore. With Discover & Explore Toronto’s Waterfront, exploration is made even more exciting. 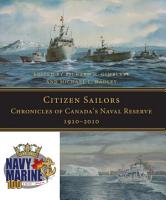 This commemorative volume produced on the occasion of the centennial of the Canadian Navy, 1910-2010, records a special kind of dual citizenship: Canadians exercising the profession of the sea in their nation’s service, while also living out the demands of their civilian occupations in their home communities. The perspectives of the part-time citizen-sailors who have made up Canada’s Naval Reserve over the past century provide an interesting, valuable, and timely alternative history of the Canadian Navy. Most of the contributors to this volume have served in Canada’s Naval Reserve, and all are respected authorities in their fields. Whether read on its own, or as the intended companion to The Naval Service of Canada, 1910-2010: The Centennial Story, readers will find much to delight and inform in this lavish combination of text, photos, and illustrations of the people, ships, and aircraft that have formed a proud national institution.

Mike Filey’s "The Way We Were" column in the Toronto Sun continues to be one of the paper’s most popular features. In More Toronto Sketches, the second volume in Dundurn Press’s Toronto Sketches series, Filey brings together some of the best of his columns. Each column looks at Toronto as it was, and contributes to our understanding of how Toronto became what it is. Illustrated with photographs of the city’s people and places of the past, Toronto Sketches is a nostalgic journey for the long-time Torontonian, and a voyage of discovery for the newcomer.