The essayist presents scenes from his twelve years of homelessness, reflecting on the humanity that still exists in society's outcasts

A rich, illustrated - and entertaining -- history of the iconic Grand Central Terminal, from one of New York City's favorite writers, just in time to celebrate the train station's 100th fabulous anniversary. In the winter of 1913, Grand Central Station was officially opened and immediately became one of the most beautiful and recognizable Manhattan landmarks. In this celebration of the one hundred year old terminal, Sam Roberts of The New York Times looks back at Grand Central's conception, amazing history, and the far-reaching cultural effects of the station that continues to amaze tourists and shuttle busy commuters. Along the way, Roberts will explore how the Manhattan transit hub truly foreshadowed the evolution of suburban expansion in the country, and fostered the nation's westward expansion and growth via the railroad. Featuring quirky anecdotes and behind-the-scenes information, this book will allow readers to peek into the secret and unseen areas of Grand Central -- from the tunnels, to the command center, to the hidden passageways. With stories about everything from the famous movies that have used Grand Central as a location to the celestial ceiling in the main lobby (including its stunning mistake) to the homeless denizens who reside in the building's catacombs, this is a fascinating and, exciting look at a true American institution.

Built in the heart of the Empire City is the world’s greatest and most iconic railway terminal. A colossal Beaux-Arts style transport nexus, Grand Central Terminal was completed in 1913 from the legacy of the railroad tycoon Cornelius Vanderbilt. The terminal quickly became vital to travel and today accommodates 750,000 people daily. This book documents the construction of Grand Central Terminal, the former Grand Central Depot (1871) and Grand Central Station (1900), and illuminates the incredible story of the terminal that revolutionized transport, developed Midtown Manhattan, and opened railroad access to suburban areas.

“Looks behind the facade to see the hidden engineering marvels . . . will deepen anyone’s appreciation for New York’s most magnificent interior space.” —The New York Times Book Review Winner of the Professional/Scholarly Publishing Award in Architecture from the Association of American Publishers Grand Central Terminal, one of New York City’s preeminent buildings, stands as a magnificent Beaux-Arts monument to America’s Railway Age, and it remains a vital part of city life today. Completed in 1913 after ten years of construction, the terminal became the city’s most important transportation hub, linking long-distance and commuter trains to New York’s network of subways, elevated trains, and streetcars. Its soaring Grand Concourse still offers passengers a majestic gateway to the wonders beyond 42nd Street. In Grand Central Terminal, Kurt C. Schlichting traces the history of this spectacular building, detailing the colorful personalities, bitter conflicts, and Herculean feats of engineering that lie behind its construction. Schlichting begins with Cornelius Vanderbilt—“The Commodore”—whose railroad empire demanded an appropriately palatial passenger terminal in the heart of New York City. Completed in 1871, the first Grand Central was the largest rail facility in the world and yet—cramped and overburdened—soon proved thoroughly inadequate for the needs of this rapidly expanding city. William Wilgus, chief engineer of the New York Central Railroad, conceived of a new Grand Central Terminal, one that would fully meet the needs of the New York Central line. Grand Central became a monument to the creativity and daring of a remarkable age. More than a history of a train station, this book is the story of a city and an age as reflected in a building aptly described as a secular cathedral.

All religions and worldviews seek to answer the fundamental questions of human existence. But the main worldviews each tend to stress a different issue. Abdu Murray, a lawyer and former Muslim, digs deeply into secular humanism, pantheism and theism (specifically in the form of Islam), comparing each to the central message of Jesus.

Few people have had as profound an impact on the history of New York City as William J. Wilgus. As chief engineer of the New York Central Railroad, Wilgus conceived the Grand Central Terminal, the city’s magnificent monument to America’s Railway Age. Kurt C. Schlichting here examines the remarkable career of this innovator, revealing how his tireless work moving people and goods over and under Manhattan Island’s surrounding waterways forever changed New York’s bustling transportation system. After his herculean efforts on behalf of Grand Central, the most complicated construction project in New York’s history, Wilgus turned to solving the city’s transportation quandary: Manhattan—the financial, commercial, and cultural hub of the United States in the twentieth century—was separated from the mainland by two major rivers to the west and east, a deep-water estuary to the south, and the Harlem River to the north. Wilgus believed that railroads and mass transportation provided the answer to New York City’s complicated geography. His ingenious ideas included a freight subway linking rail facilities in New Jersey with manufacturers and shippers in Manhattan, a freight and passenger tunnel connecting Staten Island and Brooklyn, and a belt railway interconnecting sixteen private railroads serving the metropolitan area. Schlichting’s deep passion for Wilgus and his engineering achievements are evident in the pages of this fascinating work. Wilgus was a true pioneer, and Schlichting ensures that his brilliant contributions to New York City’s transportation system will not be forgotten.

Opened in 1913, Grand Central Terminal is a world-famous landmark building with a magnificent 48-foot-high, 1,500-ton statuary group on top of the main facade. Designed by sculptor Jules-Felix Coutan, a 13-foot-wide Tiffany clock serves as the centerpiece. The figure above the clock is Mercury, with Hercules to the left and Minerva to the right. In the late 1990s, a historic restoration was performed on the terminal after which two cast-iron eagle statues were placed over entrances at Lexington Avenue and Forty-Second Street/Vanderbilt Avenue. These eagles were from the 1898 Grand Central Station building that was demolished in 1910 to make room for the construction of the new Grand Central Terminal structure. Penn Station, which opened in 1910, covered two full city blocks and had statuary groups, designed by sculptor Adolph Weinman, on all four sides of the building. After Penn Station was demolished in the mid-1960s, the statuary was dispersed throughout various locations, mainly in the Northeast.

Ten bestselling authors inspired by New York City's iconic Grand Central Terminal have created their own stories, set on the same day, just after the end of World War II, in a time of hope, uncertainty, change, and renewal…. A war bride awaits the arrival of her GI husband at the platform…A Holocaust survivor works at the Oyster Bar, where a customer reminds him of his late mother…A Hollywood hopeful anticipates her first screen test and a chance at stardom in the Kissing Room… On any particular day, thousands upon thousands of people pass through Grand Central, through the whispering gallery, beneath the ceiling of stars, and past the information booth and its beckoning four-faced clock, to whatever destination is calling them. It is a place where people come to say hello and good-bye. And each person has a story to tell. Featuring stories from Melanie Benjamin, Jenna Blum, Amanda Hodgkinson, Pam Jenoff, Sarah Jio, Sarah McCoy, Kristina McMorris, Alyson Richman, Erika Robuck, and Karen White With an Introduction by #1 New York Times bestselling author Kristin Hannah 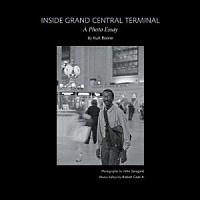 Inside Grand Central Terminal is a short memoir and photo essay about a messenger who rides the New York City Subway.

It was supposed to be a simple test flight, one that pilot Ariane Austin was on only as a last-ditch backup; intelligent, superhumanly fast automation would handle the test activation and flight of humanity's first faster-than-light vessel. But when the Sandrisson Drive activated, every automated system crashed, the nuclear reactor itself shut down, and only the reflexes and training of a racing pilot saved the test vessel Holy Grail from crashing into the impossible wall that had appeared before them, a wall which is just part of a monstrous enclosure surrounding a space twenty thousand kilometers across. With all artificial intelligences inert and their reactor dead, they had to find some other source of power to reactivate the Sandrisson Drive and¾hopefully¾take them home. And that was only the beginning. As Ariane, Dr. Simon Sandrisson, darkly enigmatic power engineer Marc C. DuQuesne, and the rest of the Holy Grail's crew explore the immense artifact, they discover that they are not alone; they have entered a place the alien inhabitants call "The Arena," and there is no way out without joining one of the alien factions . . . or winning recognition as a faction in their own right, playing by the Arena's rules¾and by the Arena's rules, one failed challenge could mean death or worse¾perhaps for the entire human race. Surrounded by alien factions, each with its own secret plans and motivations, some wielding powers so strange as to be magical, Ariane sets out to beat the Arena at its own game. With DuQuesne's strategies, Sandrisson's genius, and her own unyielding determination, she's going to bring the Holy Grail home¾even if she has to beat every faction in the Arena to do it! At the publisher's request, this title is sold without DRM (Digital Rights Management). 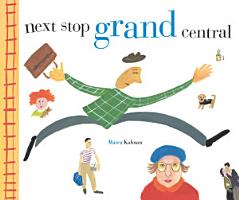