Outsiders to the culture have long focused on the physical artifacts of shamanism - like the costume and drum - and on ritual healing practices, but far less is known about the images shamans and storytellers use to entertain, heal, and educate. Van Deusen describes the lives of the people of the Amur during a period of dramatic transition, as they attempt to find some way to relate ancient traditions to an uncertain future. She emphasizes the contributions of women - often overlooked in the literature on shamanism - in traditional and contemporary society, and their concerns with ecology and the education of children. Their magnificent embroidery, illustrated by the author's photographs, echoes these women's stories. The Flying Tiger will appeal to anyone interested in shamanism, storytelling and folklore, Russia, indigenous people, women's studies, and spirituality.

The Flying Tigers and the U.S. Fourteenth will be the subject of a huge upcoming film from IMAX and director John Woo. The film is scheduled to start shooting in spring 2011 with no firm release date stated yet. The role of Chenault in the film is likely to be the role of a lifetime for a huge star. When a sickly, half-deaf, forty-seven-year-old retired U.S. Army Air Corps Captain went to China in 1937 to survey Chiang Kai-shek’s Chinese Air Force, little did the world know this would be the man to stem the Japanese tide in the Far East. Almost every military expert predicted his handful of pilots of the American Volunteer Group would not last three weeks. Yet in seven months in 1942, the AVG, fighting a rear-guard action over Burma, China, Thailand, and French Indonesia, destroyed a confirmed 199 planes, with another 153 “probables” as well. They did this losing only four pilots and twelve P-40s in air combat and sixty-one on the ground. In this definitive biography of General Claire Chennault, veteran reporter Jack Samson offers a rare and fascinating inside look at this legendary man behind the Flying Tigers. Unlike Eisenhower and MacArthur, Chennault was no saintly military leader. He was a chain-smoking, bourbon-drinking, womanizing man. He was the kind of leader his men knew could and did fly better than they--in any kind of plane. But first and last, he was a fighter--a tough, single-minded warrior who was never confused by who the enemy was in Asia, regardless of what the State Department thought. Following Chennault from this command of the Fourteenth U.S. Army Air Force during World War II to the part of his life that is not well known--the intriguing postwar years in China and Formosa, where his Civilian Air Transport (CAT) became the scourge of the Red Chinese--The Flying Tiger is an extraordinary portrait of one of America’s great military commanders.

In this book, Ulrich Krotz draws from two theoretical approaches--social constructivism and historical institutionalism--to reframe our understanding of how international relationships evolve. While other scholars have touched on these issues, until now no one has provided a sustained, finely-grained, and historically-informed analysis that explains how international relations inform domestic realities and how, in turn, domestic politics and institutions structure interstate relationships. Fully researched in French, German, and English, Krotz's account of how the Tiger Helicopter project was conceived and funded, and how the combat helicopter was built and exported, presents a clear analysis about the dialectical relationship between 'high' interstate politics and 'low' domestic politics, making a groundbreaking theoretical contribution to international relations scholarship.

Flying Tiger: Chennault of China by Robert Lee Scott, Jr. tells the story of a rebel whose concepts as to the use of air power often clashed with the orthodox and standardized teachings of the military schools of his time.

Bill Reed had it all ­– brains, looks, athleticism, courage and a talent for leadership. After a challenging childhood in Depression-era Iowa, Reed joined the US Army Air Corps, but the outbreak of World War II saw him give up his commission. Instead, he travelled to China to fly for the American Volunteer Group – the legendary Flying Tigers. After a brief return to America, he resumed the fight as a senior pilot and later squadron commander in the Chinese-American Composite Wing. Soon afterwards, Reed tragically lost his life in a desperate parachute jump late in the war, by which point he was a fighter ace with nine confirmed aerial victories. His obituary was front-page news throughout the state of Iowa. This book is a biography of his extraordinary life, focusing on his time spent flying with some of the famous aerial groups of World War II. It draws heavily on Reed's own words, along with the author's deep knowledge of the China air war and years of research into Reed's life, to tell his compelling story. 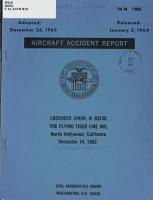 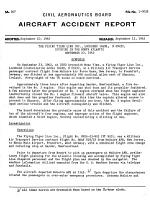 This book is a poignant story of a small-town boy, who stumbled into a lifelong flying career spanning 38 years as a pilot. Now at 99, Captain Ho Weng Toh, one of the last few remaining Flying Tigers, recalls the many events that shaped his life. It takes the readers through his journey of good and bad years, the trials and tribulations encountered, his journey from being a refugee student to becoming a Chinese Air Force B-25 bomber pilot, his will to live, the burning desire to contribute towards the WWII effort and his endurance of all the trials and hardships all alone and often in silent solitude.Captain Ho shares memories of his childhood days and his growing-up years in Ipoh, his family and important values imparted by his father, his wonderful friendship with his buddy of eight decades, Meng Seng and his romantic encounters.In 1941, while being a student in Hong Kong, Captain Ho witnessed bombs dropped by Japanese bombers which signalled the start of WWII — a war which not only altered the course of history but was a major turning point in his life. Its impact consequently shaped the course of his life.He encountered many trials and uncertainties during the war years. But beyond the dark clouds and thunder storms, there was new hope and adventure. He encountered new adventures in Singapore, where he used his flying experience to carve out an illustrious career. In 1951, he started flying for Malayan Airways, the predecessor of Singapore Airlines (SIA). Through his 30 years of flying career with SIA, he saw the Airline grow from a fledgling Airline of three DC-3s to a modern international Airline.His strong passion for people, sports and travel were hallmarks of his life which enabled him to live a long and fulfilling life. Having a deep appreciation of the importance of friendship, he values his friends dearly and often travels the globe to reconnect. Being keenly interested in people and world affairs, he is extremely aware of human needs and is ever concerned for people that comes his way, fighting for the underdogs, offering guidance and a little helping hand to those in need. Such qualities together with his flying experience has helped him successfully train and groom several generations of young local pilots who eventually had successful careers at SIA.Related Link(s)

The American Volunteer Group, or 'Flying Tigers', have remained the most famous outfit to see action in World War II. Manned by volunteers flying American aircraft acquired from the British, the AVG fought bravely in the face of overwhelming odds in China and Burma prior to the US entry into World War II. Pilots such as 'Pappy' Boyington, R T Smith and John Petach became household names due to their exploits against the Japanese Army Air Force. The AVG legend was created flying the Curtis P-40 Tomahawk and Kittyhawk. This volume dispels the myths surrounding the colours and markings worn by these famous fighters.

Product Description: They volunteered. For a variety of reasons-patriotic, altruistic, mercenary, or just "for the hell of it"--Nearly three hundred U.S. servicemen and a couple of female nurses volunteered to fight a war in a place they knew little about. Recruited at military bases around the country, the members of the American Volunteer Group (AVG) set off for the unknown in the summer and fall of 1941. While U.S. support for the Allied cause was growing at a steady pace, most Americans still felt distanced from the conflict enveloping Europe and Asia and did not want to go to war. At the highest levels of the government, however, entering the war appeared inevitable. The AVG was one way of gaining experience in this vicious war, while increasing support for the nations fighting the Axis powers. Despite incredible odds against them from numerically superior Japanese forces and a near complete lack of supply and replacement parts, they took the first successful fight to the Japanese during a time of Japan's unrelenting successes. It was not pretty, and their legend has eclipsed the reality, but the reality of the AVG is still an amazing story. Led by Claire Lee Chennault, they made history.

It was first published in French by the Institut du Transport Aerien in 1998 and received very favourable reviews. Through the publication of the English language edition, this remarkable work is now accessible to many more readers around the world. In addition, the author has expanded the book with new sections and he has extensively updated it to bring the story of air cargo into the twenty first century, concluding with a look into the future. The author, Camille Allaz, served as Senior Vice President Cargo at Air France for 10 years which gave him an insider's close-up view of his subject, a privilege not enjoyed by many historians. There is no aspect of mail or cargo transport by air that has not been thoroughly researched and documented by Allaz, from the first brief transport of animals by balloon in France in 1783 to the vast global networks of the integrated express carriers in the 21st century. As a true scholar, he fits his narrative into the larger framework of political, military, economic and aviation history. This book should stand for years as the definitive work on the history of air cargo and airmail, and will be of immense value to the academic community, to the air cargo industry, the postal services, and to the general public.