Ever since the poems of Dioscorus of Aphrodito (ca. 520-ca. 585 C.E.) were discovered on papyri in Upper Egypt, they have perplexed and disturbed scholars. Written largely in an Homeric vocabulary, many appear to be praising dukes and other government officials according to encomiastic conventions. Yet the poems do not adhere closely to these conventions and contain many verses and passages which are nearly incomprehensible. This book demonstrates that many of these problematic passages have mystical significance and that the encomia possibly have an allegorical level of meaning. The study also reveals the valuable contribution these poems make to our understanding of early Christian mysticism and Late Antique culture.

Elizabeth A. Kaye specializes in communications as part of her coaching and consulting practice. She has edited Requirements for Certification since the 2000-01 edition. 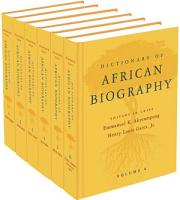 Papers presented to the International Conference on Patristic Studies. 2d- 1955-

In conjunction with a long-running research project at the University of Groningen on cultural change, this volume forms the proceedings of an international conference held at the university in 2001.

"This is the most important and original study of literacy and the function of writing in ancient society to have appeared in the last twenty years. In a masterly and detailed survey of evidence from across the ancient Mediterranean world, Bagnall shows how and why 'routine' writing was essential to social and administrative infrastructures from the Hellenistic to the Byzantine periods. Essential reading for anyone interested in understanding the role and function of the written text in human social behaviour." —Alan Bowman, Camden Professor of Ancient History, Oxford University "This richly illustrated and annotated book takes the reader on an extended tour from North Africa to Afghanistan. Bagnall’s theme is the ubiquity and pervasiveness of writing in the long millennium from Alexander to the Arab conquests and beyond. Briskly challenging the currently fashionable low estimates on the extent of literacy and the prevalence of writing in the ancient world, Bagnall surveys and explains what has survived and what has been lost—and why. This is a book both for specialists and for the general reader, sure to inspire admiration and reaction." —James G. Keenan, Professor of Classical Studies, Loyola University Chicago “Bagnall's book is not only a study of everyday writing in the Graeco-Roman East, but also an investigation into how our documentation has been distorted by patterns of conservation and discovery and the choices made by modern editors. The sound reflections of an historian on the sources of history.” —Jean-Luc Fournet, Ecole Pratique des Hautes Etudes, Paris

This volume brings together a set of fundamental contributions, many translated into English for this publication, along with an important introduction. Together these explore the role of Greek among Christian communities in the late antique and Byzantine East (late Roman Oriens), specifically in the areas outside of the immediate sway of Constantinople and imperial Asia Minor. The local identities based around indigenous eastern Christian languages (Syriac, Coptic, Armenian, Georgian, etc.) and post-Chalcedonian doctrinal confessions (Miaphysite, Church of the East, Melkite, Maronite) were solidifying precisely as the Byzantine polity in the East was extinguished by the Arab conquests of the seventh century. In this multilayered cultural environment, Greek was a common social touchstone for all of these Christian communities, not only because of the shared Greek heritage of the early Church, but also because of the continued value of Greek theological, hagiographical, and liturgical writings. However, these interactions were dynamic and living, so that the Greek of the medieval Near East was itself transformed by such engagement with eastern Christian literature, appropriating new ideas and new texts into the Byzantine repertoire in the process.