Will Anderson and Elizabeth Hume are called to the vast Eloise Insane Asylum outside of Detroit, where Elizabeth's cousin Robbie is a patient and now a murder suspect. The victim, like three others before him at the asylum in recent months, was killed with the infamous "Punjab lasso," the murder weapon of the Phantom of the Opera. Certain of Robbie's innocence, they begin an investigation with the help of Detective Riordan. Will has himself committed to the asylum to investigate from the inside, and Elizabeth volunteers at Eloise and questions people outside the asylum. While Will endures horrific conditions in his search for the killer, Elizabeth and Riordan follow the trail of a murder suspect all the way to Kalamazoo, where they realize the killer might still be at Eloise, putting Will in extreme danger. They race back to Detroit, but will they arrive in time to save Will and bring the killer to justice? Filled with Johnson's trademark roller-coaster plot, nuanced characters, and brilliant historical research, Detroit Breakdown is a compelling, dark mystery set in the once- flourishing Paris of the West. 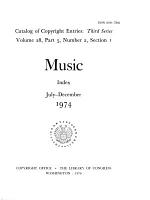 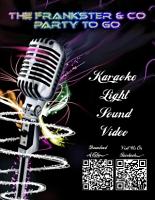 The year was 1973. A fourteen-year-old girl hitchhiked across the country to the Pacific Coast, then back to the Atlantic Ocean. Her mother died when she was only eleven years old and never knowing a father, there had to be a way of validating her very existence and to discover why she was on this planet. The answers were all around her; however, she would not be able to recognize them until years later. Meeting with many life-threatening situations, it’s a thousand wonders she is still alive to tell her story. Run Baby Girl Run is written with gut-wrenching honesty and allows the reader to see into the very depths of this beautiful young girl’s soul. Editor: Jackie Hurst www.johnniesuebridges.com Johnnie Sue Bridges incredible life story began with the release of her first book, the highly acclaimed Shadows and Scars, a beautiful story that captures the essence of living in the mountains of Middlesboro, Kentucky, with vivid imagery, comical moments, and raw emotion. In one cold blue night, she writes of an already painful world turning into nothing short of a nightmare. Bitter coldness and survival starts the reader on a journey that portrays a young mother’s fight against poverty, loneliness, and alcoholism, concluding in the riot-torn and racially divided city of Detroit. Shadows and Scars reveals a birds-eye view of the child that struggled to maintain stability in her hauntingly unstable world. Readers will gain the knowledge of endurance within themselves, despite adversity. Book # 2 Motown Girl Sister Golden Hair chronicles her roller coaster ride through the early 70s growing up in the inner city of Detroit’s Westside. Hitting the teen years during the underground time of extreme change, uprisings, experimenting with everything under the sun, came at a very high price—robbery of her self worth and, most importantly, the stolen innocence of the ones she dearly loved. Highly educated in a cultured urban habit, she was forevermore restless and ran incessantly. And by the grace of God, she eventually changed and escaped. However, some of those she held closest to her heart paid the piper with their lives. In her own words, “No one told us that stuff would kill ya.”

How does structural economic change look and feel? How are such changes normalized? How are these trends represented in movement, in performance, and in culture? Looking at Detroit's postindustrial revitalization, The Heidelberg Project, and Michael Jackson's many performances, UnfinishedBusiness argues that U.S. deindustrialization cannot be separated from issues of race, specifically from choreographed movements of African Americans that represent or resist normative or aberrant relationships to work and capital in transitional times. Presenting Jackson and Detroit as material entities with specific histories and as representations with uncanny persistence, the book divulges invaluable lessons on three decades of structural economic transition in the U.S., particularly on the changing nature of work and capitalism between themid-1980s and 2016. Jackson and Detroit offer examples of the racialization of these economic changes, how they operate as structures of feeling and representations as well as shifts in the dominant mode of production, and how industrialization's successor mode, financialization, uses imagery bothvery similar to and very different from its predecessor. 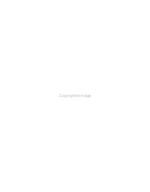 This anthology features all-new stories set in Deadworld universe! In "The Quest", a woman searches for her husband even though he's a zombie. "The Coming of the Queen" reveals an old woman who somehow keeps zombies away. "Full English Breakfast" shows the horror on the other side of the Atlantic, plus many other stories. As a bonus, Mark Bloodworth presents a pin up gallery of "The Women of Deadworld" which spotlights both the living, the dead, and the in-between. 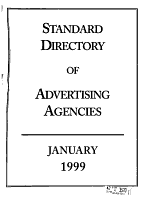 Whether you need to check out the competition, recruit top personnel, or find a new agency or vendor, the Standard Directory of Advertising Agencies TM gives you an inside advantage into the busy world of advertising. The new, 1999 edition profiles nearly 10,000 agencies and over 21,000 key executives. With 160 new listings -- including categories for Children's Market and Senior's Market -- the Agency Red Book TM gives you complete coverage on the entire advertising industry. 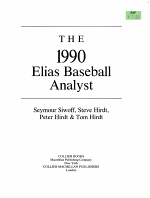 Since its first edition in 1985, The Analyst has quickly become accepted as the authoritative source of the baseball world. Quoted widely by sportscasters everywhere and referred to constantly by baseball writers, The Elias Baseball Analyst is the best in the business.

Is the United States justified in seeing itself as a meritocracy, where stark inequalities in pay and employment reflect differences in skills, education,and effort? Or does racial discrimination still permeate the labor market, resulting in the systematic under hiring and underpaying of racial minorities, regardless of merit? Throughout the 1980s and early 1990s African Americans have lost ground to whites in the labor market, but this widening racial inequality is most often attributed to economic restructuring, not the racial attitudes of employers. It is argued that the educational gap between blacks and whites, though narrowing, carries greater penalties now that we are living in an era of global trade and technological change that favors highly educated workers and displaces the low-skilled. Stories Employers Tell demonstrates that this conventional wisdom is incomplete. Racial discrimination is still a fundamental part of the explanation of labor market disadvantage. Drawing upon a wide-ranging survey of employers in Atlanta, Boston, Detroit, and Los Angeles, Moss and Tilly investigate the types of jobs employers offer, the skills required, and the recruitment, screening and hiring procedures used to fill them. The authors then follow up in greater depth on selected employers to explore the attitudes, motivations, and rationale underlying their hiring decisions, as well as decisions about where to locate a business. Moss and Tilly show how an employer's perception of the merit or suitability of a candidate is often colored by racial stereotypes and culture-bound expectations. The rising demand for soft skills, such as communication skills and people skills, opens the door to discrimination that is rarely overt, or even conscious, but is nonetheless damaging to the prospects of minority candidates and particularly difficult to police. Some employers expressed a concern to race-match employees with the customers they are likely to be dealing with. As more jobs require direct interaction with the public, race has become increasingly important in determining labor market fortunes. Frequently, employers also take into account the racial make-up of neighborhoods when deciding where to locate their businesses. Ultimately, it is the hiring decisions of employers that determine whether today's labor market reflects merit or prejudice. This book, the result of years of careful research, offers us a rare opportunity to view the issue of discrimination through the employers' eyes. A Volume in the Multi-City Study of Urban Inequality