A chronicle of one man's investigation into the assassination of President Kennedy and his conclusion.

Officers from the U.S. Embassy, Scotland Yard, and MI5 broke into the bedroom of suave young American code clerk Tyler Kent. They found him standing beside his unmade bed, wearing a pair of striped pajama bottoms. His mistress, Irene Danischewsky, was wearing the matching top—and nothing else. Along with keys to the Embassy code room, the men also found almost 2,000 documents that Kent had smuggled out, including top-secret cables that he had encoded and transmitted from Churchill to Roosevelt seeking American help for besieged Britain. Kent planned to give those cables to Roosevelt’s isolationist enemies in Congress. Also among the documents lay an incriminating volume, the infamous Red Book, containing the names of high profile Nazi sympathizers that Churchill wanted behind barbed wire. American ambassador Joseph Kennedy waived Kent’s diplomatic immunity and turned him over to the British, who imprisoned him until his secret trial. It was a long way for Kent to fall. A Princeton dropout, he had used his brilliant language skills and privileged position to get ahead. Looking down his nose at all around him, he made a very bad impression on everyone he met. But his father’s friends—anti-Roosevelt, anti–New Deal, and anti-Semitic—helped maintain his career. His good looks didn’t hurt, either. Through his father’s connections, he had gone to Moscow with the first American ambassador to the Soviet Union. Suspecting him of spying for the Russians, officials transferred him to London, where he met Danischewsky, the Russian wife of a British merchant. A black sheep with diplomatic privilege, Tyler Kent stood at the crossroads of history: Stalin’s purges, the rise of Hitler, and the Phony War. Peter Rand arrestingly weaves together Kent’s star-crossed love affair, imprisonment, and trial into a rich tapestry that conveys a fresh vision of the tumultuous era. For more about the book and the author, please visit ConspiracyOfOne.net.

A Conspiracy of Cells presents the first full account of one of medical science's more bizarre and costly mistakes. On October 4, 1951, a young black woman named Henrietta Lacks died of cervical cancer. That is, most of Henrietta Lacks died. In a laboratory dish at the Johns Hopkins Medical Center in Baltimore, a few cells taken from her fatal tumor continued to live--to thrive, in fact. For reasons unknown, her cells, code-named "HeLa," grew more vigorously than any other cells in culture at the time. Long-time science reporter Michael Gold describes in graphic detail how the errant HeLa cells spread, contaminating and overwhelming other cell cultures, sabotaging research projects, and eluding detection until they had managed to infiltrate scientific laboratories worldwide. He tracks the efforts of geneticist Walter Nelson-Rees to alert a sceptical scientific community to the rampant HeLa contamination. And he reconstructs Nelson-Rees's crusade to expose the embarrassing mistakes and bogus conclusions of researchers who unknowingly abetted HeLa's spread.

Before there were worshippers of Jesus, there were followers of Jesus. Before there were organized churches with creeds and doctrines, there were small communities of love, equality, and sharing dedicated to the practice of Jesus' teachings and committed to a wholly new way of living. Today, the churches of the Global North are in decline and younger generations no longer seek meaning there. Traditional "church Christianity" is gradually giving way to some new way of faithful living. From a Nazi prison cell, German pastor Dietrich Bonhoeffer imagined a future "religionless Christianity" consisting of contemplative prayer and righteous action in the secular world. A Conspiracy of Love presents the contours of such a faith based on the "way" of Jesus. It calls us to become troublemakers, revolutionaries, seekers of change, and agents of transformation engaged in conspiracies of love to establish justice and peace in a postmodern world. It offers many different people--those who remain in the church, those who have left, and those who have never ventured near--with a life of faith that is meaningful, intelligent, and passionate.

To coincide with Random House Canada's publication of the groundbreaking book Unrepentant by Peter Edwards and biker Lorne Campbell, Vintage Canada updates and reissues the award-winning true crime classic that tells the complete and scandalous story in the most gut-wrenching chapter of Campbell's life. You can't read one without wanting to read the other! On the night of October 18, 1978, small-town biker Bill Matiyek was having a drink in a Port Hope bar. A gunman suddenly walked up and fired 3 bullets into his head. Members of the rival bike club Satan's Choice, who were in the bar, quickly vanished. Was it a cold-blooded gangland-style execution, as the Crown Attorney and police would argue, or the compulsive act of a single gunman? Was the trial that followed driven by persistent police work or a police frame-up? Did the bikers conspire to murder or did the law conspire to convict them? Guilt by association, unreliable eyewitness testimony, suppression of evidence, botched police procedures--call the results justice or call them revenge, the question remains: Who really killed Bill Matiyek, and why?

Conspiracy of One gathers solitary figures: vagrants and wanderers, soldiers and mothers, owls and crows, a sparrow, vanished grandfathers and lost sons. From abandoned streets to menacing forests, together, this collection of six stories explores trauma, loss, memory, and strange courage. In "The Last Paperboy on Earth," a young man comes face to face with death. "THE ARTEMIS" shares the forgotten history of a ruined apartment building. In "When They Come For Your Guns," a homeless man recognizes the name of a fallen soldier in a local obituary and recalls a childhood adventure marked by bullets and blood. In "Owl," a mother shares a dark secret with her son. This collection of stories presents solitude as the measure of a life. Who are you when you are alone?

The invention of the telephone is a subject of great controversy, central is which is the patent issued to Alexander Graham Bell on March 7, 1876. Many problems and questions surround this patent, not the least of which was its collision in the Patent Office with a strangely similar invention by archrival Elisha Gray. A flood of lawsuits followed the patent’s issue; at one point the government attempted to annul Bell’s patent and launched an investigation into how it was granted. From court testimony, contemporary accounts, government documents, and the participants’ correspondence, a fascinating story emerges. More than just a tale of rivalry between two inventors, it is the story of how a small group of men made Bell’s patent the cornerstone for an emerging telephone monopoly. This book recounts the little-known story in full, relying on original documents (most never before published) to preserve the flavor of the debate and provide an authentic account. Among the several appendices is the “lost copy” of Bell’s original patent, the document that precipitated the charge of fraud against the Bell Telephone Company.

From the creator and writer of the Emmy Award-winning series Fargo, based on the Oscar-winning Coen Brothers film. Linus Owen is a professional conspiracy theorist. A college professor by day, he is unable to leave his suspicions at the classroom door. He is deeply mistrustful of money and all signs of financial success. Little does he expect, however, that a true conspiracy will come knocking at his door, in the form of two FBI agents. Linus' wife, Claudia, an advertising executive, is meant to be visiting her mother in Chicago. But according to the FBI, she has just been killed in a plane crash on a flight to Brazil. The man who bought her ticket, and died alongside her, was the vice president of a large pharmaceutical company. Together with two friends and fellow theorists, Linus sets out to solve the mystery. Following a number of strange and troubling encounters, the trio begins to realise that they have a new mission: to try to stay alive. 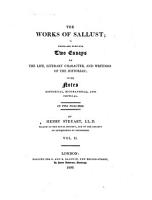 A wrongfully imprisoned storyteller spins stories from his jail cell that just might have the power to save him—and take down a corrupt government. Arrested on accusations of witchcraft and treason, Chant finds himself trapped in a cold, filthy jail cell in a foreign land. With only his advocate, the unhelpful and uninterested Consanza, he quickly finds himself cast as a bargaining chip in a brewing battle between the five rulers of this small, backwards, and petty nation. Or, at least, that's how he would tell the story. In truth, Chant has little idea of what is happening outside the walls of his cell, but he must quickly start to unravel the puzzle of his imprisonment before they execute him for his alleged crimes. But Chant is no witch—he is a member of a rare and obscure order of wandering storytellers. With no country to call his home, and no people to claim as his own, all Chant has is his wits and his apprentice, a lad more interested in wooing handsome shepherds than learning the ways of the world. And yet, he has one great power: his stories in the ears of the rulers determined to prosecute him for betraying a nation he knows next to nothing about. The tales he tells will topple the Queens of Nuryevet and just maybe, save his life.

A "hypnotic" political thriller... with an epic courtroom showdown. The conscience of a town steeped in sexism, vanity, and hypocrisy is pricked by the brutal murder of a mysterious woman in a park in Los Angeles. The shock is transformed into a steamy, seductive scandal when the body turns out to be that of Susan Whitaker, the flamboyant wife of the governor of California. Soon, a dazzlingly intricate shuffle of volatile links leads the police to the delicate theory of secret lover/blackmailer, and to the indictment of Benjamin Carlton, Hollywood's most influential black celebrity. Then curious things begin to happen when Carlton's ambitious girlfriend, Rita Spencer, suddenly unearths the shocking secret that Susan Whitaker did not, in fact, exist. Little does anyone realize that this colossal fraud is a mere curtain raiser to a chilling world of ugly skeletons dating back to the assassination of a U.S. senator in a Washington hotel sauna, skeletons connected to riveting sex scandals in high places, skeletons the FBI and political kingmakers will kill for... 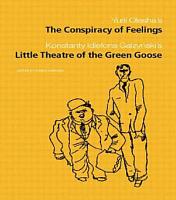 Two outstanding examples of socialist-themed plays are combined in this remarkable volume. The Conspiracy of Feelings by Yurii Olesha (1899-1960) is based on his highly respected short novel Envy about the struggle between the old and new in Soviet society. The play, called The Conspiracy of Feelings, is not a simple adaptation, but an original work that reconceived the novel. The play explores the precarious position of the intelligentsia in the new collective state. The Little Theatre of The Green Goose was written by Konstanty Ildefons Galczynski (1905-53) who was one of Poland's most beloved poets. After World War II, he began work as a playwright, inventing a colorful theatre troupe of performers (animal and human) and contributing a new instalment of The Little Theatre of the Green Goose each week to Przekroj, the Cracow literary magazine. Intended for reading only, The Green Goose went unperformed in Galczynski's life and was finally staged in 1955 and gained a permanent place in the theatre and became a force for the creation of the new Polish drama that flourished in the 1960s.