Any list of Japan's greatest screenplay writers would feature Shinobu Hashimoto at or near the top. This memoir, focusing on his collaborations with Akira Kurosawa, a gifted scenarist in his own right, offers indispenable insider account for fans and students of the director's oeuvre and invaluable insights into the unique process that is writing for the screen. The vast majority of Kurosawa works were filmed from screenplays that the director co-wrote with a stable of steller writers, many of whom he discovered himself with his sharp eye for all things cinematic. Among these was Hashimoto, who caught the filmmaker's attention with a script that eventually turned into Roshamon. Thus joining Team Kurosawa the debutant immediately went on to paly an integral part in developing and writing two of the grandmaster's most impressive achievements, Ikiru and Seven Samurai.

This is an accessible look at the films of Akira Kurosawa, whose movies are works of art and popular culture touchstones, influencing such directors as George Lucas and Steven Spielberg. The author examines all of the director’s works and explains why that film is culturally significant and what makes it an enjoyable viewing experience.

Considered one of the finest performers in world cinema, Japanese actor Takashi Shimura (1905–1982) appeared in more than 300 stage, film and television roles during his five-decade career. He is best known for his frequent collaborations with Akira Kurosawa, including major roles in the landmark classics Rashômon (1950), Ikiru (1952) and Seven Samurai (1954), and for his memorable characterizations in Ishirô Honda’s Godzilla (1954) and several Kaijû sequels. This is the first complete English-language account of Shimura’s work. In addition to historical and critical coverage of Shimura’s life and career, it includes an extensive filmography.

The entertainment world lost many notable talents in 2018, including movie icon Burt Reynolds, “Queen of Soul” Aretha Franklin, celebrity chef and food critic Anthony Bourdain, bestselling novelist Anita Shreve and influential Chicago blues artist Otis Rush. Obituaries of actors, filmmakers, musicians, producers, dancers, composers, writers, animals and others associated with the performing arts who died in 2018 are included. Date, place and cause of death are provided for each, along with a career recap and a photograph. Filmographies are given for film and television performers. Books in this annual series are available dating to 1994—a subscription is available for future volumes. 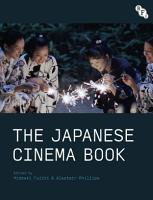 The Japanese Cinema Book provides a new and comprehensive survey of one of the world's most fascinating and widely admired filmmaking regions. In terms of its historical coverage, broad thematic approach and the significant international range of its authors, it is the largest and most wide-ranging publication of its kind to date. Ranging from renowned directors such as Akira Kurosawa to neglected popular genres such as the film musical and encompassing topics such as ecology, spectatorship, home-movies, colonial history and relations with Hollywood and Europe, The Japanese Cinema Book presents a set of new, and often surprising, perspectives on Japanese film. With its plural range of interdisciplinary perspectives based on the expertise of established and emerging scholars and critics, The Japanese Cinema Book provides a groundbreaking picture of the different ways in which Japanese cinema may be understood as a local, regional, national, transnational and global phenomenon. The book's innovative structure combines general surveys of a particular historical topic or critical approach with various micro-level case studies. It argues there is no single fixed Japanese cinema, but instead a fluid and varied field of Japanese filmmaking cultures that continue to exist in a dynamic relationship with other cinemas, media and regions. The Japanese Cinema Book is divided into seven inter-related sections: · Theories and Approaches · * Institutions and Industry · * Film Style · * Genre · * Times and Spaces of Representation · * Social Contexts · * Flows and Interactions

Rashomon is one of the greatest of Japanese director Akira Kurosawa's films, the winner of the 1951 Venice Festival prize and the Academy Award for best foreign film in 1952. It features Toshiru Mifune, the best-known Japanese actor in the West, as the bandit, and accused rapist and murderer. At the beginning of the film, a woodcutter, priest, and commoner happen to meet at the ruined gate--Rashomon--outside the city of Kyoto. This tale of rape and murder is first seen through the eyes of the woodcutter and priest, both of whom have been touched by the events. The cynical, detached commoner, "everyman," listens to and comments upon their stories. The central section of the film, a series of flashbacks and tales within tales, consists of the same events retold by the husband (speaking through a medium, from the grave), the wife, the bandit, and the woodcutter. Each tells what happened--or possibly, what should have happened. The film deals with multiple truths; Richie summarized the director's point of view in the introduction: "the world is illusion, you yourself make reality, but this reality undoes you if you submit to being limited by what you have made." The sixth title in the Rutgers Films in Print Series and the first Japanese film, this volume brings together for the first time the full continuity script of Rashomon; an introductory essay by Donald Richie; the Akutagawa stories upon which the film is based; critical review and commentaries of the film; a filmography; and a bibliography. Donald Richie is the author of the definitive books in English on Kurosawa and Ozu. In addition, he is coauthor of the standard English-language history of the Japanese film and author or editorof several other books on the subject. He has also served as film critic for the Japan Times and as curator of film at the Museum of Modern Art in New York.

Ishiro Honda was arguably the most internationally successful Japanese director of his generation, with an unmatched succession of science fiction films that were commercial hits worldwide. From the atomic allegory of Godzilla and the beguiling charms of Mothra to the tragic mystery of Matango and the disaster and spectacle of Rodan, The Mysterians, King Kong vs. Godzilla, and many others, Honda’s films reflected postwar Japan’s real-life anxieties and incorporated fantastical special effects, a formula that appealed to audiences around the globe and created a popular culture phenomenon that spans generations. Now, in the first full account of this long overlooked director’s life and career, authors Steve Ryfle and Ed Godziszewski shed new light on Honda’s work and the experiences that shaped it—including his days as a reluctant Japanese soldier, witnessing the aftermath of Hiroshima, and his lifelong friendship with Akira Kurosawa. Ishiro Honda: A Life in Film, from Godzilla to Kurosawa features close analysis of Honda’s films (including, for the first time, his rarely seen dramas, comedies, and war films) and draws on previously untapped documents and interviews to explore how creative, economic, and industrial factors impacted his career. Fans of Honda, Godzilla, and tokusatsu (special effects) film, and of Japanese film in general, will welcome this in-depth study of a highly influential director who occupies a uniquely important position in science fiction and fantasy cinema, as well as in world cinema. Together, the authors have provided audio commentary tracks and produced supplemental material for numerous home video releases, including Ishiro Honda’s Godzilla for the British Film Institute. They co-produced the documentary feature Bringing Godzilla Down to Size (2008). 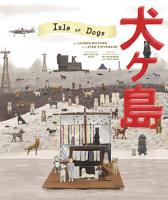 The Wes Anderson Collection: Isle of Dogs is the only book to take readers behind the scenes of the beloved auteur’s newest stop-motion animated film. †‹Through the course of several in-depth interviews with film critic Lauren Wilford, writer and director Wes Anderson shares the story behind Isle of Dogs’s conception and production, and Anderson and his collaborators reveal entertaining anecdotes about the making of the film, their sources of inspiration, the ins and outs of stop-motion animation, and many other insights into their moviemaking process. Previously unpublished behind-the-scenes photographs, concept artwork, and hand-written notes and storyboards accompany the text. The book also features an introduction by critics and collaborators Taylor Ramos and Tony Zhou, and a foreword by critic Matt Zoller Seitz. The fourth volume of the New York Times bestselling Wes Anderson Collection, Isle of Dogs stays true to the series with its rich design and colorful illustrations, capturing Anderson’s signature aesthetic vision and bringing the series's definitive study of Anderson's filmography up to date. Isle of Dogs tells the story of Atari Kobayashi, 12-year-old ward to corrupt Mayor Kobayashi. When, by Executive Decree, all the canine pets of Megasaki City are exiled to a vast garbage-dump called Trash Island, Atari sets off alone in a miniature Junior-Turbo Prop and flies across the river in search of his bodyguard-dog, Spots. There, with the assistance of a pack of newly-found mongrel friends, he begins an epic journey that will decide the fate and future of the entire Prefecture. The film features the voices of Bryan Cranston, Koyu Rankin, Edward Norton, Bob Balaban, Bill Murray, Jeff Goldblum, Kunichi Nomura, Akira Takayama, Greta Gerwig, Frances McDormand, F. Murray Abraham, Tilda Swinton, Akira Ito, Yoko Ono, Mari Natsuko, Harvey Keitel, Courtney B. Vance, Ken Watanabe, Scarlett Johnasson, Fisher Stevens, Nijiro Murakami, and Liev Schreiber. 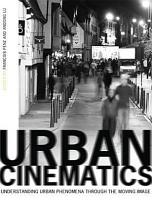 Urban Cinematics surveys the mechanisms by which cinema contributes to our understanding of cities to address two key issues: How do filmmakers make use of urban spaces, and how do urban spaces make use of cinema? Merging the disciplines of architecture, landscape design, and urban planning with film studies, this book explores the potential of cinema as a tool to investigate the communal narratives of cities. A series of dialogues with filmmakers rounds out this insightful and methodologically innovative volume. 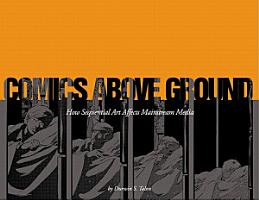 Comics have had a tremendous effect on popular culture and are now being felt in other storytelling mediums. Assembled in Comics Above Ground are top comics professionals talking about their inspirations and training from the comics profession and its effects in -Mainstream Media, - including: Conceptual Illustration, Video Game Development, Children's Books, Novels, Design, Illustration, Video Game Animation, Motion Pictures and other media. Bruce Timm, Bernie Wrightson, Adam Hughes, Louise Simonson, Dave Dorman, Greg Rucka and other creators share their perspectives and their work in both comics and their -other professions.- This book also boasts career overviews, never before seen art, and interviews, as well as featuring the creators' favorite works in comics.

NSA is a comprehensive collection of international nuclear science and technology literature for the period 1948 through 1976, pre-dating the prestigious INIS database, which began in 1970. NSA existed as a printed product (Volumes 1-33) initially, created by DOE's predecessor, the U.S. Atomic Energy Commission (AEC). NSA includes citations to scientific and technical reports from the AEC, the U.S. Energy Research and Development Administration and its contractors, plus other agencies and international organizations, universities, and industrial and research organizations. References to books, conference proceedings, papers, patents, dissertations, engineering drawings, and journal articles from worldwide sources are also included. Abstracts and full text are provided if available.