Typical architectural photography freezes buildings in an ideal moment and rarely captures what photographer Berenice Abbott called the medium's power to depict "how the past jostled the present." In Beyond the Architect's Eye, Mary N. Woods expands on this range of images through a rich analysis that commingles art, amateur, and documentary photography, genres usually not considered architectural but that often take the built environment as their subject. Woods explores how photographers used their built environment to capture the disparate American landscapes prior to World War II, when urban and rural areas grew further apart in the face of skyscrapers, massive industrialization, and profound cultural shifts. Central to this study is the work of Alfred Stieglitz, Frances Benjamin Johnston, and Marion Post Wolcott, but Woods weaves a wider narrative that also includes Alice Austen, Gertrude Käsebier, Berenice Abbott, Margaret Bourke-White, Helen Levitt, Lisette Model, Louise Dahl-Wolfe, Morgan and Marvin Smith, Eudora Welty, Samuel Gottscho, Walker Evans, Max Waldman, and others. In such disparate places as New York City, the rural South, and the burgeoning metropolis of Miami, these unconventional architectural photographers observed buildings as deeply connected to their context. Whereas Stieglitz captured New York as the quintessential modern urban landscape in the period, the South was its opposite, a land supposedly frozen in the past. Yet just as this myth of the Old South crystallized in photographs like Johnston's, a New South shaped by popular culture and modern industry arose. Miami embodied both of these visions. In Wolcott's work, agricultural fields where stoop labor persisted were juxtaposed with Art Deco hotels, a popular modernism of the machine age that remade Miami Beach into a miniaturized "Manhattan on the beach." Beyond the Architect's Eye is a groundbreaking study that melds histories of American art, cities, and architecture with visual studies of landscape, photography, and cultural geography. 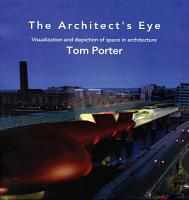 This book explores the important relationship between the way we see and the way we draw architectural ideas. The text deals with sensory experience of space, the spatial cues represented in architectural drawing and the relationship between drawing type and design intent. It also addresses new forms of drawing provided by new technological aids such as animated computer graphics and virtual reality. It provides a comprehensive text for students of architecture, interior design and landscape architecture. Tom Porter is a best selling author of graphics books for designers. 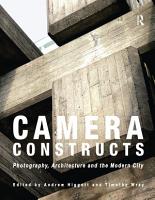 Photography and architecture have a uniquely powerful resonance - architectural form provides the camera with the subject for some of its most compelling imagery, while photography profoundly influences how architecture is represented, imagined and produced. Camera Constructs is the first book to reflect critically on the varied interactions of the different practices by which photographers, artists, architects, theorists and historians engage with the relationship of the camera to architecture, the city and the evolution of Modernism. The title thus on the one hand opposes the medium of photography and the materiality of construction - but on the other can be read as saying that the camera invariably constructs what it depicts: the photograph is not a simple representation of an external reality, but constructs its own meanings and reconstructs its subjects. Twenty-three essays by a wide range of historians and theorists are grouped under the themes of ’Modernism and the Published Photograph’, ’Architecture and the City Re-imagined’, ’Interpretative Constructs’ and ’Photography in Design Practices.’ They are preceded by an Introduction that comprehensively outlines the subject and elaborates on the diverse historical and theoretical contexts of the authors’ approaches. Camera Constructs provides a rich and highly original analysis of the relationship of photography to built form from the early modern period to the present day.

Revealing that nineteenth-century photography goes beyond the functional to reflect the aesthetic, intellectual, and cultural concerns of the time, this study proposes that each photographic image of architecture be studied both as a primary visual document and an object of aesthetic inquiry. This multi-faceted approach drives Architecture in Nineteenth-Century Photographs: Essays on Reading a Collection. Despite three decades of post-colonial, post-structuralist and gender-conscious criticism, the study of architectural photography continues to privilege technical virtuosity. This volume offers a thematic exploration of the material, and a socio-historical examination that allows consideration of questions that have not been addressed comprehensively before in a single publication. Themes include exoticism and "armchair tourism"; the absence of women from architectural photography; the role of photographs as commodities; vernacular architecture and the picturesque; and historic preservation, urban renewal, and nationalism. Micheline Nilsen analyzes photographs from France and England?the two countries where photography was invented?and from around the world, representing a corpus of over 10,000 photographs from the Janos Scholz Collection of Nineteenth-Century Photographs of the Snite Museum of Art at the University of Notre Dame.

Here is the story of America's greatest architects, whose designs and structures have changed the world - Charles Bulfinch, Benjamin Latrobe, Thomas Jefferson, Frank Lloyd Wright, Eliel and Eero Saarinen, to name but a few. From the United States Capitol building, designed in Old World style, to modern private residences like Fallingwater, from Boston's Trinity Church to the White City of the Chicago World's Fair, these buildings define the nation.

This book offers a distinctive approach to the use of visual methodologies for qualitative architectural research. It presents a diverse selection of ways for the architect or architectural researcher to use their gaze as part of their research practice for the purpose of visual literacy. Its contributors explore and use ‘critical visualizations’, which employ observation and sociocultural critique through visual creations – texts, drawings, diagrams, paintings, visual texts, photography, film and their hybrid forms – in order to research architecture, landscape design and interior architecture. The visual methods intersect with those used in ethnography, anthropology, visual culture and media studies. In presenting a range of interdisciplinary approaches, Visual Methodologies in Architectural Research opens up territory for new forms of visual architectural scholarship. 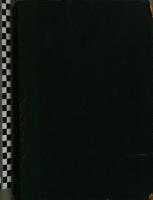 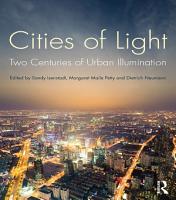 Cities of Light is the first global overview of modern urban illumination, a development that allows human wakefulness to colonize the night, doubling the hours available for purposeful and industrious activities. Urban lighting is undergoing a revolution due to recent developments in lighting technology, and increased focus on sustainability and human-scaled environments. Cities of Light is expansive in coverage, spanning two centuries and touching on developments on six continents, without diluting its central focus on architectural and urban lighting. Covering history, geography, theory, and speculation in urban lighting, readers will have numerous points of entry into the book, finding it easy to navigate for a quick reference and or a coherent narrative if read straight through. With chapters written by respected scholars and highly-regarded contemporary practitioners, this book will delight students and practitioners of architectural and urban history, area and cultural studies, and lighting design professionals and the institutional and municipal authorities they serve. At a moment when the entire world is being reshaped by new lighting technologies and new design attitudes, the longer history of urban lighting remains fragmentary. Cities of Light aims to provide a global framework for historical studies of urban lighting and to offer a new perspective on the fast-moving developments of lighting today. 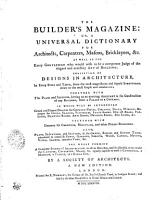 Henry Hobson Richardson, the author of the style known today as Richardson Romanesque, was, as were his ambitions, persona, and physique, larger than life. Richardson's designs are unmistakable: From Sever Hall at Harvard to Trinity Church, Boston, his structures bear the inimitable imprint of his signature style. Here, in this short-form book, is his little-told story.

The advent of the airplane and skyscraper in 1920s and ‘30s America offered the population an entirely new way to look at the world: from above. The captivating image of an airplane flying over the rising metropolis led many Americans to believe a new civilization had dawned. In Impossible Heights, Adnan Morshed examines the aesthetics that emerged from this valorization of heights and their impact on the built environment. The lofty vantage point from the sky ushered in a modernist impulse to cleanse crowded twentieth-century cities in anticipation of an ideal world of tomorrow. Inspired by great new heights, American architects became central to this endeavor and were regarded as heroic aviators. Combining close readings of a broad range of archival sources, Morshed offers new interpretations of works such as Hugh Ferriss’s Metropolis drawings, Buckminster Fuller’s Dymaxion houses, and Norman Bel Geddes’s Futurama exhibit at the 1939 New York World’s Fair. Transformed by the populist imagination into “master builders,” these designers helped produce a new form of visuality: the aesthetics of ascension. By demonstrating how aerial movement and height intersect with popular “superman” discourses of the time, Morshed reveals the relationship between architecture, art, science, and interwar pop culture. Featuring a marvelous array of never before published illustrations, this richly textured study of utopian imaginings illustrates America’s propulsion into a new cultural consciousness. 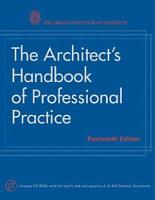