Known in the mid-19th century as the best landscape painter in the West, paricularly for his pictures of the Ohio River, the African-American Robert S. Duncanson fell into obscurity for almost a century after his death.

Charles Demuth is widely recognized as one of the most significant American modernists. His precisionist cityscapes, exquisite flowers, and free-wheeling watercolors of vaudeville performers, homosexual bathhouses, and cabaret scenes hang in many of the country's most prestigious collections, including the Metropolitan Museum of Art, the Philadelphia Museum of Art, the Columbus Museum of Art, the Amon Carter Museum in Fort Worth, the Art Institute of Chicago, and in Demuth's Lancaster, Pennsylvania, family residence, now home of the Demuth Foundation. At a time when many American artists remained tied to Europe, Demuth "Americanized" European modernism. This collection of 155 of his letters offers valuable views of the arts and letters colonies in Provincetown, New York, and Paris. Besides offering information on Demuth's own works, the letters also shed light on the output of his contemporaries, as well as references to their trips, liaisons, and idiosyncrasies. Demuth numbered among his correspondents some of the most famous artists and writers of his time, inluding Georgia O'Keeffe, Eugene O'Neill, John Reed, Gertrude Stein, Alfred Stieglitz, Carl Van Vechten, and William Carlos Williams. In his travels in the United States and abroad, he encountered many other talented contemporaries: Peggy Bacon, Muriel Draper, Marcel Duchamp, the Stettheimer sisters, artists and writers, patrons, and gallery owners. Whether he is offering to pick up a copy of Joyce'sUlyssesfor Eugene O'Neill or trying to convince Georgia O'Keeffe to decorate his music room ("just allow that red and yellow 'canna' one to spread until it fills the room"), Demuth is always in the thick of art and literary life. Flamboyant in attire but descreet in his homosexuality, Demuth also reveals in his letters the life of a talented homosexual in the teens and twenties. With his best friends Robert Locher and Marsden Hartley, he circulated through the art colonies of Greenwich Village, Provincetown, and Paris, meeting everyone. The book also contains reprints of some short appraisals of Demuth and his work that were published during his lifetime, long out of print, including pieces by A. E. Gallatin, Angela E. Hagen, Marsden Hartley, Helen Henderson, Henry McBride, Carl Van Vechten, Rita Wells, and Willard Huntington Wright. Author note:Bruce Kellneris Emeritus Professor of English, Millersville University, and a member of the Demuth Foundation Board of Directors. He is the author or editor of 10 other books.

The American artists John La Farge preceded Gauguin to the Pacific, and in their time his reputation as the modern Pacific painter far overshadowed that of the Frenchman. This remarkable work is the record of a year-long artistic odyssey through the South Seas, during which La Farge braved the volcanoes of Hawaii, visited Robert Louis Stevenson in Samoa, was adopted by a noble Tahitian family and journeyed through the wild hills of Fiji, painting and sketching lyrical studies of island life. Lavishly illustrated with his work, this account of the Polynesian adventures that La Farge shared with his friend the historian Henry Adams is an important contribution to the literary and artistic heritage of the Pacific and a revealing insight into the life of a complex and fascinating man.

The Artist Embodied examines how the coming-of-age-of-an-artist genre evolved from 1850-1932 in works by American women writers. Specifically, it analyzes how these authors contest patriarchy, engage with tropes of gender, race, and disability, and assert the validity of art created by women artists.

What was the place of the artist in a new society? How would he thrive where monarchy, aristocracy, and an established church—those traditional patrons of painting, sculpture, and architecture—were repudiated so vigorously? Neil Harris examines the relationships between American cultural values and American society during the formative years of American art and explores how conceptions of the artist's social role changed during those years.

Elizabeth Catlett, born in Washington, DC, in 1915, is widely acknowledged as a major presence in African American art, and her work is celebrated as a visually eloquent expression of African American identity and pride in cultural heritage. But this is not the whole story. She has lived in Mexico for 50 years, as a citizen of that country since 1962, and she and her husband, artist Francisco Mora, have raised their children there. For 20 years she was a member of the Taller de Gráfica Popular (Popular Graphic Arts Workshop) and she was the first woman professor of sculpture at the Universidad Nacional Autónoma de México. Her extraordinary career has stretched from her years as a student at Howard University during the 1930s through various political and social movements--including the Chicago Renaissance of the 1940s, the Black Power and Black Arts movements, the Mexican Public Art Movement, and feminism--which have informed her art. This richly illustrated and informative monograph is the first to document the full range of Catlett's life and work. In addition to thoroughly researching primary source materials and to critiquing individual art works with sensitivity and erudition, the author has conducted numerous interviews with Catlett and has analyzed with clarity the political context of her work and her diverse sympathies and allegiances. Herzog examines key artistic influences and shows how Catlett transformed an extraordinary stylistic vocabulary into a socially charged statement. In tracing Catlett's long and continuing career as a graphic artist and sculptor in Mexico, Herzog explores an important period in Catlett's life between the 1950s and the 1970s about which almost nothing is known in the United States. She examines the "Mexicanness" in Catlett's work in its fluent relationship to the underlying and constant sense of African American identity she brought with her to Mexico. Herzog's solidly grounded interpretation offers a new way to understand Catlett's work and reveals this artist as a fascinating and pivotal intercultural figure whose powerful art manifests her firm belief that the visual arts can play a role in the construction of a meaningful identity, both transnational and ethnically grounded. Melanie Anne Herzogis associate professor of art history at Edgewood College in Madison, Wisconsin.

Kenyon Cox was a leading American painter in the classical style and a traditionalist art critic. This collection of his private correspondence charts his personal life and career development, and provides an insight into the inner workings of the American art scene. 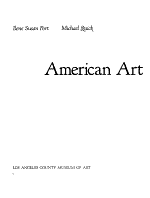 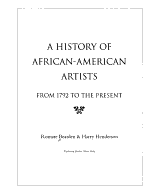 Traces the history of African-American art, examining the lives and careers of more than fifty artists and relating their work to prevailing artistic, social, and political trends 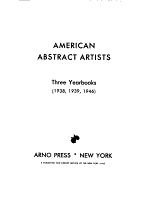 Mathews's standard biography of Henry Ossawa Tanner (1859-1937), based on extensive research in archives in this country and family records in France. An important artist in the salons of Paris, Tanner was born and studied in Philadelphia but left America for Europe, where his race would not stand in the way of his ambition. Providing a full account of the artist's life and art, Henry Ossawa Tanner gives readers insight into the art trends of the nineteenth and early twentieth centuries as well as into the struggle of African Americans of this period. "[Tanner] ranks not only as the first truly distinguished Negro American artist but as one of America's first outstanding successes in the salons of Europe. In this work [Mathews] has significantly added to our knowledge of the history of American art."—John Hope Franklin, from the Foreword "The book gives the main facts of Tanner's life and successfully places his artistic work in its historic context....It is a welcome and useful volume."—August Meier, Journal of American History